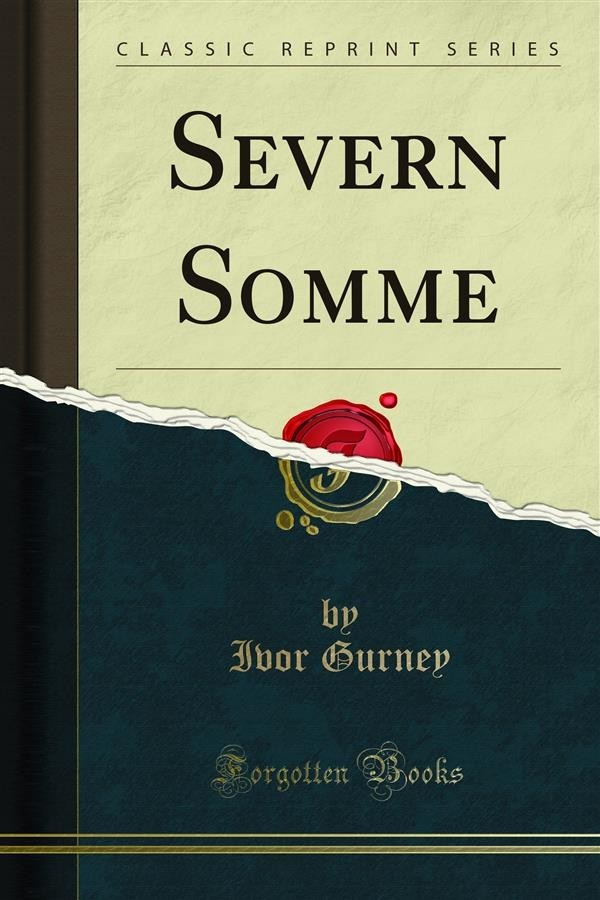 To my father and mother; F. W. Harvey (also a Gloucestershire lad) Miss Marion Scott, whose criticism has been so useful, and she so kind, in spite of my continued refusal to alter a word of anything the Vicar of Twigworth Herbert Howells (and this is not the last time you will hear of him) Mr. Hilaire Belloc, whose Path to Rome has been my trench companion, with The Spirit of Man Mr. Wilfred Gibson, author of Friends, a great little book many others also, including Shakespeare and Bach, both friends of mine; and, last but not least, my comrades of two platoons of the Gloucesters, who so often have wondered whether I were crazy or not. Let them draw their own conclusions now, for the writing of this book it was that so distracted me. This is a long list, and even now does not include old Mrs. Poyner, who was so jolly and long-suffering.