Recollections of the Lakes and the Lake Poets 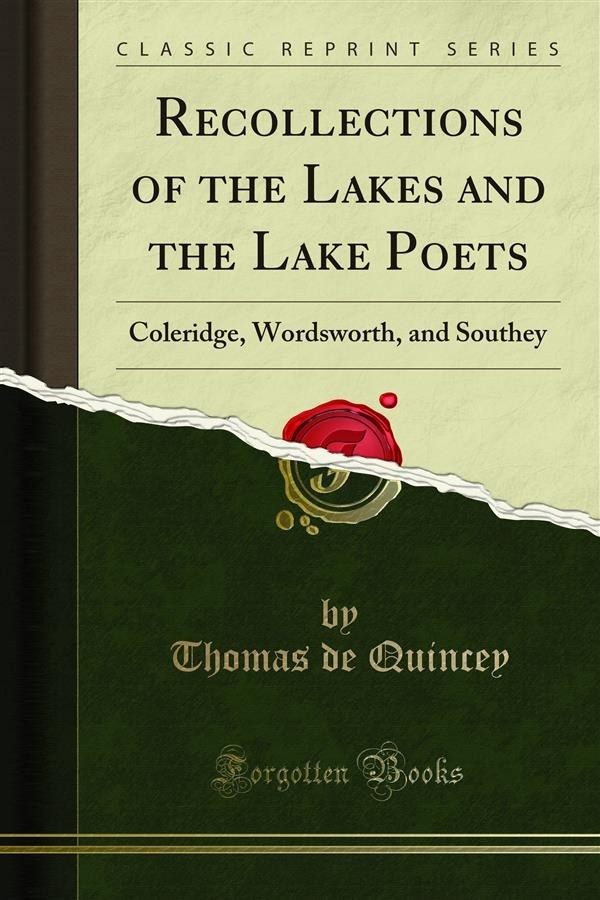 Recollections of the Lakes and the Lake Poets

Soon after my return to Oxford in 1807-8, I received a letter from Miss Wordsworth, asking for any subscriptions I might succeed in obtaining, amongst my college friends, in aid of the funds then raising on behalf of an orphan family, who had become such by an affecting tragedy that had occurred within a few weeks from my visit to Grasmere. Miss Wordsworth's simple but fervid memoir not being within my reach at this moment, I must trust to my own recollections and my own impressions to retrace the story which, after all, is not much of a story to excite or to im press, unless for those who can find a sufficient interest in the trials and calamities of hard-working peasants, and can reverence the fortitude which, being lodged in so frail a tenement as the person of a little girl, not much, if any thing, above nine years old, could face an occasion of sud den' mysterious abandonment, and could tower up, during 'one night, into the perfect energies of womanhood, under the mere pressure of difficulty, and under the sense of new born responsibilities awfully bequeathed to her, and in the most lonely, perhaps, of English habitations.