The Tragedy of Calvary 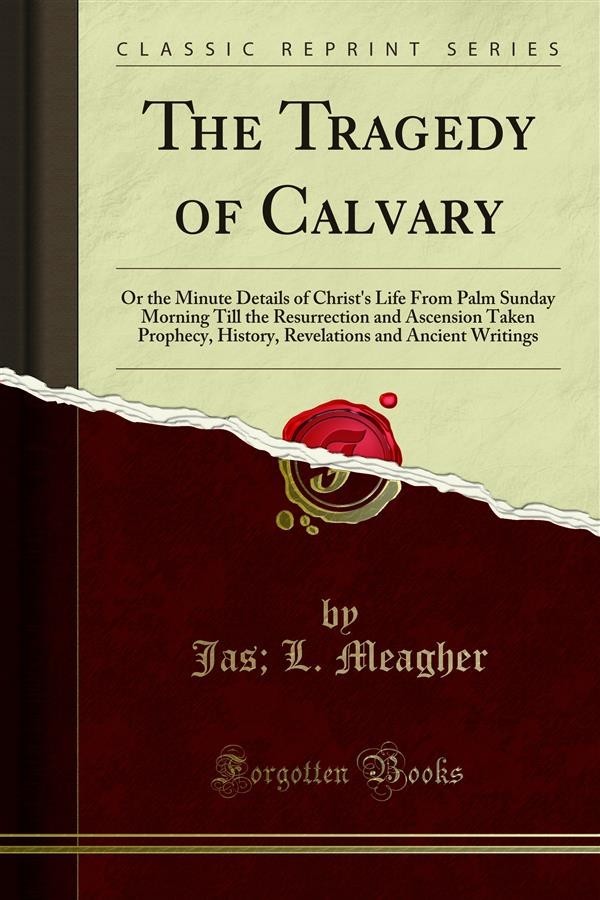 The Tragedy of Calvary

The sufferings and death of Christ transcend all events of human history. The Tragedy of Calvary has reformed the world. The god-man's blood changed mankind in the past, still works its miracles in men's hearts, and will continue its wonders till it draws all eyes to that Victim hanging as the Standard of the Nations. With rapid pens, and Simplest style, Gospel writers tell the story without going into details. But we would like to know the most minute events which happened when he died. But his history was written before he came. In the Old Testament, he rises from almost every page. He is found in names of men and places, in Temple cere monies, ih feasts of Israel, and in Hebrew customs while Patriarch, Prophet, Seer, Sage and King foretold his kingdom, his coming, his life, his sufferings, his death, resurrection and ascension, but in such a way that no one studying him before his birth, could have told to whom these wonderful prophecies pointed, for if they knew they would not have put their Messiah to death. In the Gospels, in histories of the time when he walked the earth, in writings of the early Church, and among the Orientals, we find a wealth of details relating to Him. But never before were all these completely given in one work. TO combine all known about Christ in one complete story, we read the Lives of Christ in different languages, Jewish literature, histories of his time, revelations of the Saints, prophets of Jew and Gentile, searched the great libraries of this country, British and Vatican Museums, and visited the Holy Land, seeking information of the Victim of the world's sins.