Oxford Divinity Compared With That of the Romish and Anglican Churches 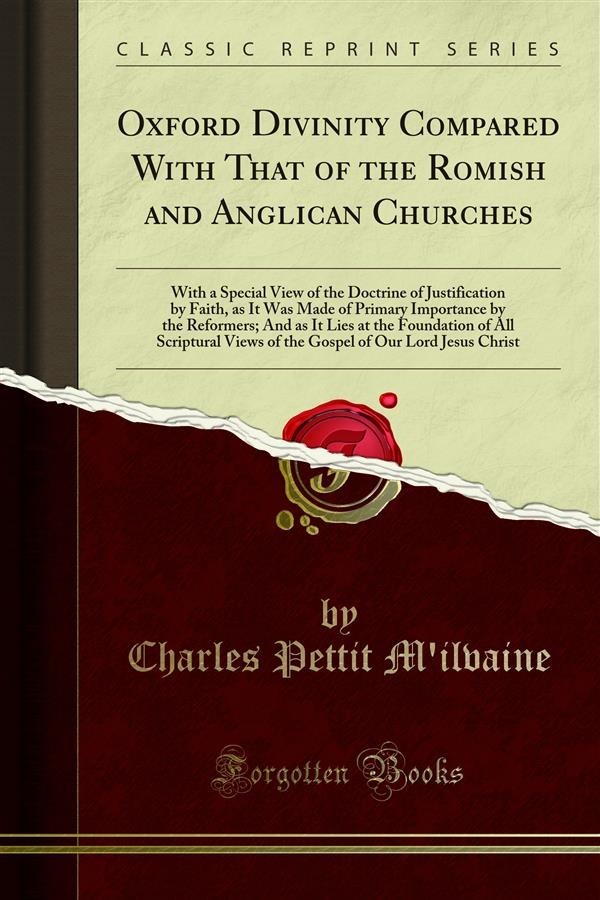 Oxford Divinity Compared With That of the Romish and Anglican Churches

IT will be seen by the Title-page that this volume is only a revised and improved edition of what has heretofore been known under the name of Oxford Divinity. At this period in the history of a controversy which that name suggests, it is not sup posed that, though the previous editions in this country and Eng land are exhausted, there is any such demand for another as would justify the expense as a book-selling enterprise. There is a demand however, which has induced many zealous advocates of the great truths which the book maintains to desire its reprint, and which has prevailed with one of them to provide the means of perpetuating it in stereotype. The author has been much more richly rewarded for his pains than ever he had expected to be. Instances in England and at home, in which God has graciously used it as the means of arrest ing a dangerous progress towards the full embracing of Romanism, under the teaching of the Oxford Tracts, or of kindred works; many more instances in which it has been honored in the promotion of a greatly increased clearness, decision, and spiritual discrimination, in the holding and teaching of those great central doctrines Of the way of salvation, the denial of which is the parent of all Romish corruptions Of Gospel truth, have come to his knowledge, and have been subjects of great thankfulness on his part to Him who puts his treasure in earthen vessels that the excellency of the power may be of God and not of us.