The Press and Poetry 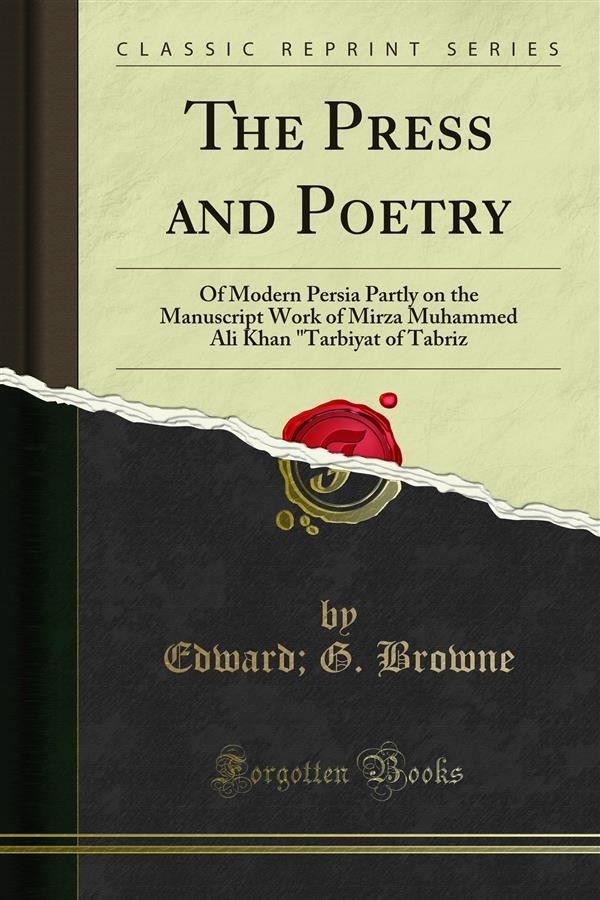 The Press and Poetry

Tarbiyat. The Times, which, in pursuance of the reactionary and Obscurantist policy which generally characterizes its views on Eastern politics, made some disparaging remarks on the mischievous and dangerous character of the free Press Of Persia and other Oriental lands in its issue of July 2, 1908, published a short article on the subject on October 29, 19091; while the Standard of November I 5, 1909, contained a good and sympathetic account of Sayyid Hasan, the editor Of the daily Tihran hablu'l-matin, who had recently been imprisoned on the charge Of speaking disrespectfully of the religion of Islam. Towards the end of May, 1910, the English daily press also contained some account Of the protests evoked amongst Persian journalists by the suppression of the S/zarg, and the violent scenes to which this high-handed measure gave rise in the National Assembly. The Times of June 28, 1910, again, contained some account of the printers' strike at Tihran. The Manchester Guardian of September 28, 1910, contained an article on Persian newspapers and their work. Lastly, the almost complete suppression of the Press on December 26, 1911, two days after the forcible closure of the National Assembly, was chronicled in several English papers. A certain amount of information about Persian newspapers, together with several translations Of articles from some of them, is also contained in my History of tue Persian Revolution, published in October, 1910.