Was Abraham Lincoln a Spiritualist? 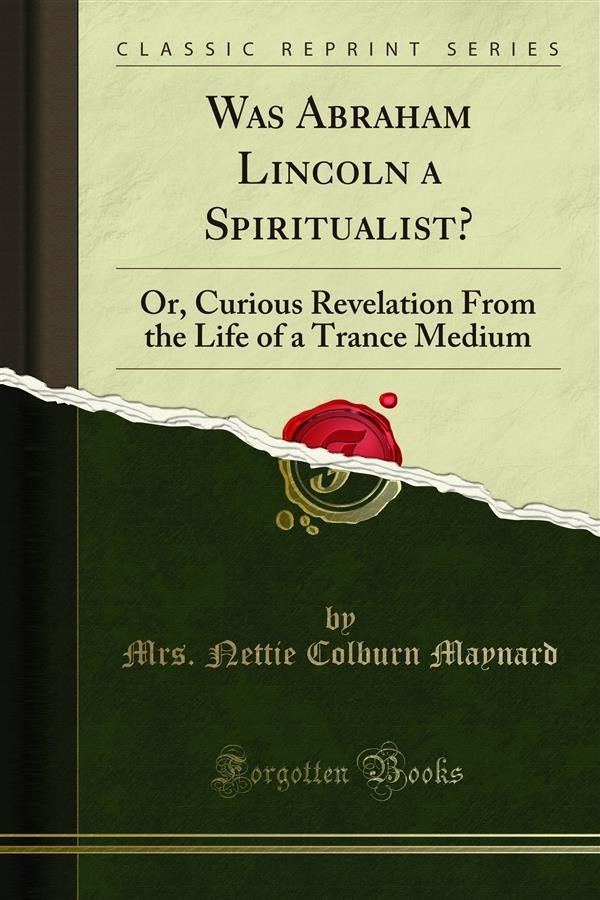 Was Abraham Lincoln a Spiritualist?

Spencer, Huxley, Darwin, Tyndall, Ingersoll, and other leading minds state that there is no return of the spirit after death, and that man, having ceased to breathe, bears precisely the same rela tion to the physical world as does vegetable matter, which lives, decays, or dies, and returns from whence it came — to inanimate matter, to clay. Human and brute life offer but little refutation of this theory. Insect and bird life indicate its possibility by exhibiting a positive change from the inanimate to the animate. Human rea son, therefore, may logically set up the hypothesis, that if life can come from no life, and life disappear from life, presumption is strong that life still exists in some form, and that there is a mode of communication between the varied forms, but all persons do not comprehend that mode, or even know of it, and the fact that there is any such communication. We, therefore, have left open for our consideration and judgment, our acceptance or rejection, this subject as the prophet saw fit to leave it when it became necessary to prepare for his departure from this life. A new impetus will be given to Spiritualism by this work, for the reason that it is not written from a standpoint of bias, and is neither more nor less than a statement of facts, which are a part of the experiences of the authoress, who, to say the least, has had a very remarkable life, and who observes a temperateness and reverence in statement, which must commend her and her work to all who are fortunate enough to read this unique volume. Mr. Gladstone wrote so lately as September 16th, in replying to a person who inquired Whether the discussion of Theosophy ought to be permitted in workmen's clubs where lectures and debates on religious subjects are tabooed, and whether such discussion was likely to benefit workmen: I shall not adopt language of deter mined disbelief in all manifestations, real or supposed, from the other world. They give me little satisfaction, but that does not warrant meeting them with a blank negative. He thus indicates that he feels an interest in the subject, and, like thousands of others, seeks its truth.