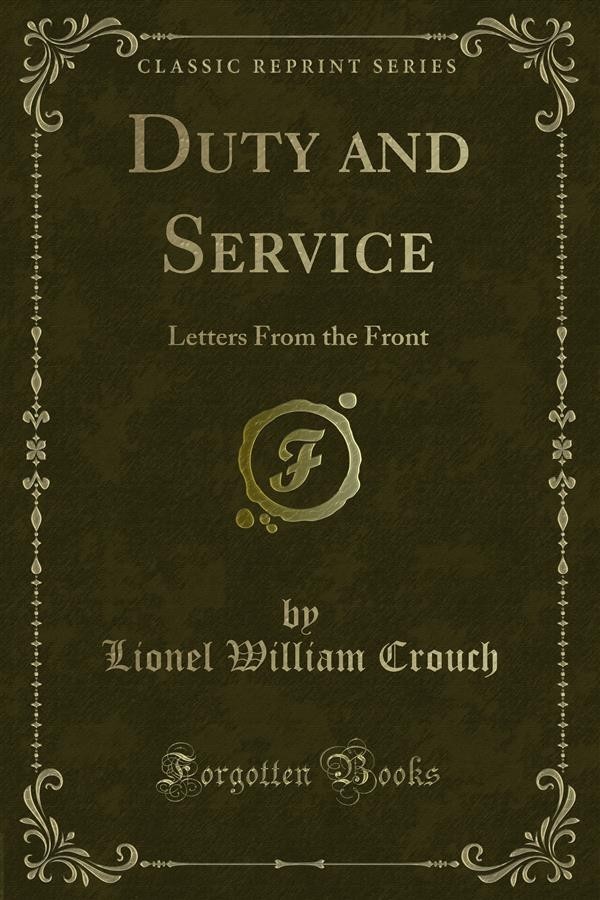 The Letters contained in this volume from my elder son, Captain Lionel William Crouch, Oxford and Bucks L.I extend over the period commencing from August 4, 1914, when the Territorial Force was mobilised on the outbreak of the war, up to July 20, 1916, the date of his last letter, written a few hours before he was killed in action leading his company in an attack on the enemy's trenches before daybreak on July 21, 1916. The letters cover the eight months of preliminary training before the Battalion left Chelmsford for the front on March 30, 1915, and the subsequent sixteen months at the front. Although most of the letters are of a private and family character, many of Lionel's friends who have seen them have found them of such interest as to persuade me to have them printed in book form.