A Practical Commentary, or an Exposition 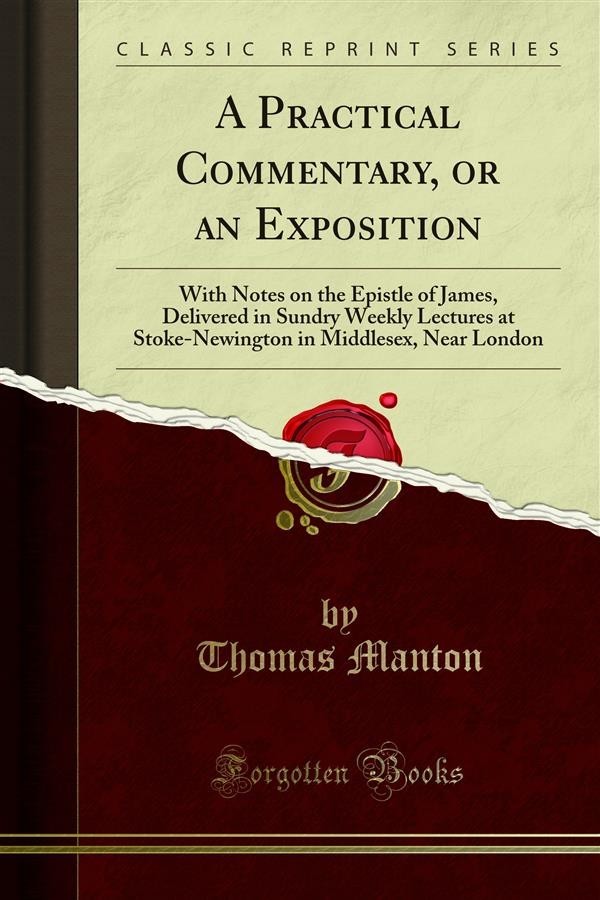 A Practical Commentary, or an Exposition

I. Concerning the divine authority of this epistle, I desire to discuss it with reverence and trembling. It is dangerous. To loosen foundation stones. I should wholly have omitted this part of my work, but that the difference is so famous; and to conceal known adversaries is an argument of fear and distrust. The Lord grant that the cure be not turned into a snare, and that vain men may not unsettle themselves by what is intended for an establishment That which gave occasion to doubt of this epistle was some passages in Jerome and Eusebius, in which they seem, at least by reporting the sense of others, to infringe the authority of it. I shall give you the passages, and then Show you what little reason there is why they should jostle James out of the canon. The passage of Eusebius runnet — h thus z — Kal. 7é, Kara. 7011 I aoov DU 17 Trpw'm v entarohwv v ovopaé'onevwv madom/cwv ezz/cu héfye'rat, zars'oy we vodeve'ral. Pev' ov Walther ryovv Tow 7ra7tat avrne épvnnovevaav, we ouoe 7179 Nevada/779 iovoa, yids Kai du'rne ovans v kaye/jewell xadom/cdiv' (3'a 3' foguev [cab Tavrae pera 7am hofnwv e'u wheiaratc e'mcxnaéats, &c. 1 that Is, 'and these things concerning James, whose epistle that is reported to be, which Is the first among the epistles called universal; yet we are to understand that the same is not void of suspicion, for many of the ancients make no mention theieof, nor of Jude, being also one of the seven called universal; yet notwithstanding we know them to be publicly read In most ehu1 ches so far Eusebius.