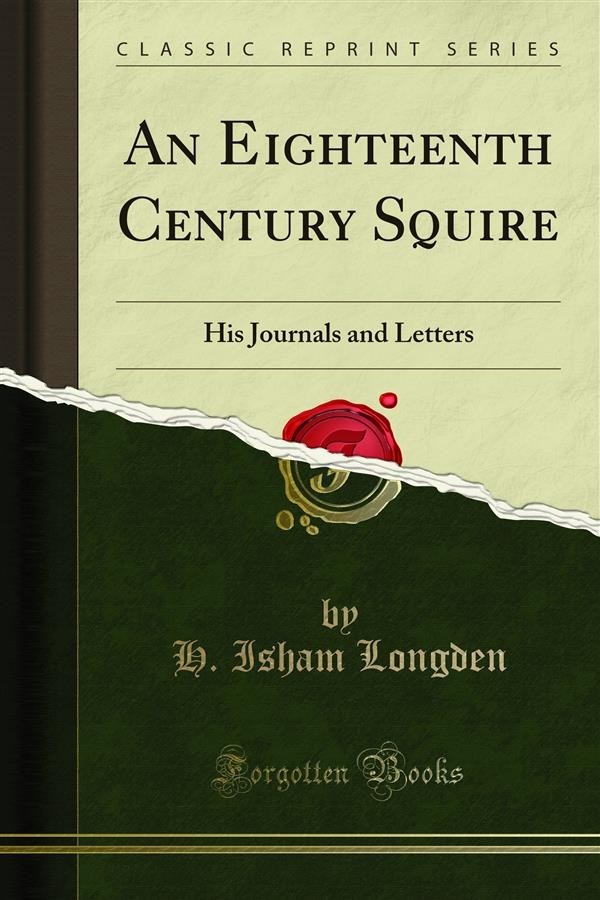 Sir Justinian Isham, the fifth baronet, the diarist, third of a name so frequent in the family, was fifth in descent from John Isham who with his brother Robert made joint purchase -of Lamport in 1559, and traced the origin of his house to the manorial family of Isham, of Isham. Sir Justinian was born 20 July, and christened 3 August, 1687, at Lamport. One of a family of fourteen, and the eldest of eight sons, it is curious to note that only one of the sons, and that the seventh, left any descendants. The letters of this large family circle, with their quaint diction, bring the writers clearly before us with all their interests, anxieties and pleasantries. John and Edmund, the brothers next to Justinian, were Rugby school boys, and delicious is the story of their running away from school and subsequent re-capture. John became Fellow of All Souls, was for one short year rector of Lamport to please his father, then, unknown to him, threw it up, and returned to live, and die soon after, at his College. Edmund became the sixth baronet, and, besides other monies, gave to help pay a chaplain at the Northampton Infirmary. Other brothers were Thomas, the sailor, always called 'the Captain' by his brothers and sisters, to whom learning was always a difficulty, whose long voyages and hardships at sea are des cribed, who returned to live and die in a, decline in Gold Street, Nonthampton Buseby, the rector of Lincoln College, Oxford, who held the Lamport living with one other, from whom the present family descend; Charles who lived in the present Inland Revenue Office at Northampton, the giant of the family, who thought nothing of tramping the eight miles to Lamport and beyond, to shoot. The sisters were Mrs. Hester Raynsford, wife of Francis, who lived a near neigh bour at Brixworth Hall, during a long widowhood; Susanna, who died at Bath whither she had been taken in search of health, Edmunda, who interested herself 1n the Northampton Infirmary and 1s buried at S. Giles, Northampton; and Vere, the eldest sister who was her brother Justinian' s special com panion. When pursuing his studies 1n London or abroad, the brother and sister corresponded regularly; frequently, too, in French and Italian at their father's special wish.