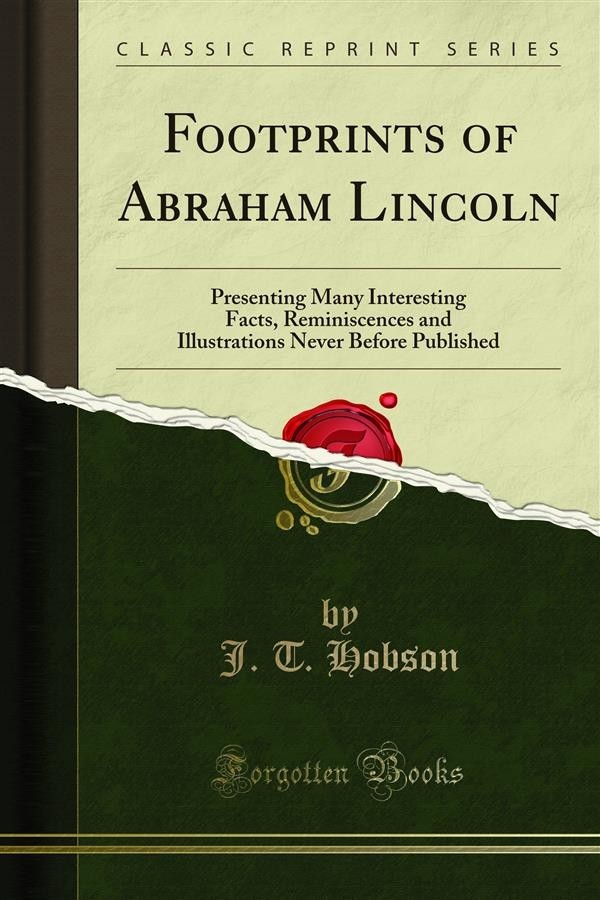 Like many others, I have always taken great interest in the life and work of Abraham Lincoln. There are some special reasons for this, upon my part, aside from my interest in the lives of great men, and the magnetic charm which surrounds the name and fame of the most eminent American and emancipator of a race. The name, Abraham Lincoln, is connected with my family history, and with one of my first achievements with pen and ink. Because of an affliction in early life, I was, for two or three years, unable to attend the public schools. At home I learned to make figures and letters with slate and pencil, as other writing material was not so common then as now. The first line I ever wrote with pen and ink was at home, at the age of ten, under a Copy on foolscap paper, written by my sainted mother, Abraham Lincoln, President, 1861. After the birth of John the Baptist, there was consider able controversy among the kinsfolk as to what name he should bear. The father, old Zacharias, was appealed to.