Lexicon to the English Poetical Works of John Milton 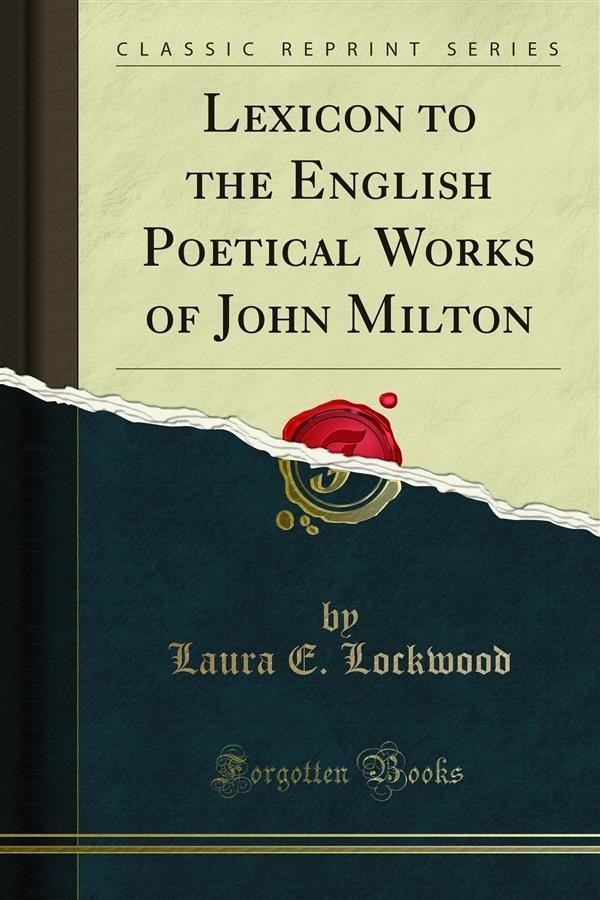 Lexicon to the English Poetical Works of John Milton

This book was begun in 1895, and the first one hundred and seventy pages were in 1898 presented to the Philosophical Faculty of Yale University as a doctoral thesis. These pages were also, during the latter year, put through the press. In 1902 the work was resumed on the book, and it is but now brought to completion. The long time intervening between the beginning and end will account for some slight differences in form and treatment between the first and last parts. In the arrangement and classification of meanings I have chieﬂy followed the New English Dictionary. Every occurrence of each word is recorded, except in the case of certain words that appear very frequently; these are given in all their meanings, but starred to show that not every instance under each category is noted. Recognizing the fact that a grammar of Milton is also needed, I have included some grammatical observations looking toward such a book; but the treatment of the syntax does not pretend to be complete. I have noted the accent of words where it differs from the modern prose accent. I have used the text of the Globe edition, retaining the modern spelling, because the book is primarily intended for those who to-day care to understand the thought of Milton. I have added the bit of translation from Ariosto.