The Celtic Magazine; A Monthly Periodical 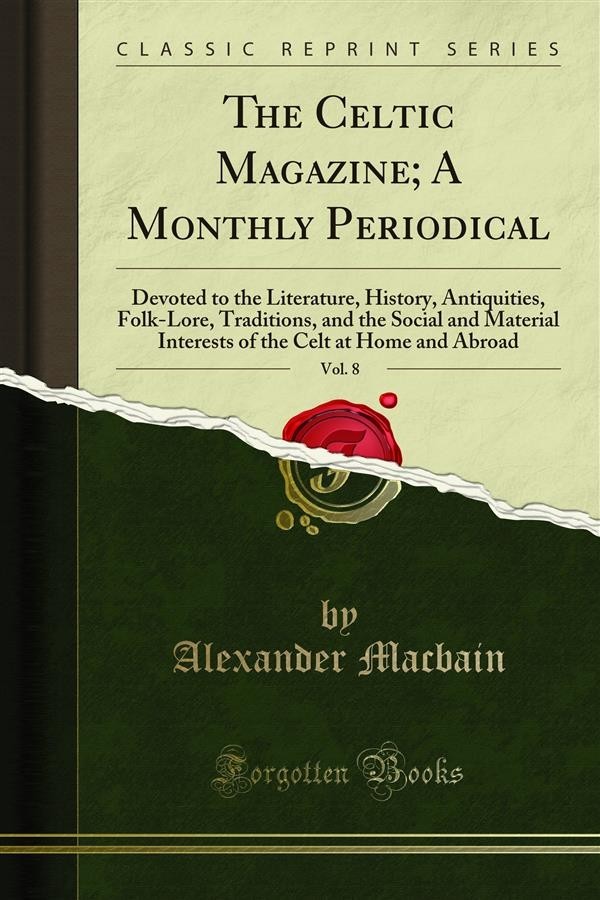 The Celtic Magazine; A Monthly Periodical

Some of our most important Hero Tales have not yet appeared in a form accessible either to the general public or to those students who interest themselves in popular and folk tales. It is the intention of this series of articles to supply this want: transla tions, with introductions and notes, will be given of the leading tales that mark each cycle of our Gaelic heroic literature. Our sources are chieﬂy the following — For two of the most important tales — the story of Deirdre and the Cow-spoil of Cualgne — we are indebted to the kindness of Mr. A. A. Carmichael and the Gaelic Society of Inverness, respectively collector and publishers of ex cellent popular versions of these tales, taken down in vigorous Gaelic. For the translation we are alone responsible. A second source is J. F. Campbell's Leabhar na Peinne. This collection of Heroic Gaelic Ballads contains only Gaelic texts it is entitled Vol. I it being Mr. Campbell's intention to issue a translation of the work. The death of the author has cut off all hope of this, and the work remains practically a sealed book for those who cannot read and understand Gaelic. These ballads, as we shall see, are mostly rhymed prose tales, and some of the Gaelic intro ductions are as important as the ballads they preface. Our third source is various: some four or five of these tales we have our selves collected in a popular and somewhat debased form, and there are others scattered in various publications, more or less ephemeral, of which we shall make use.