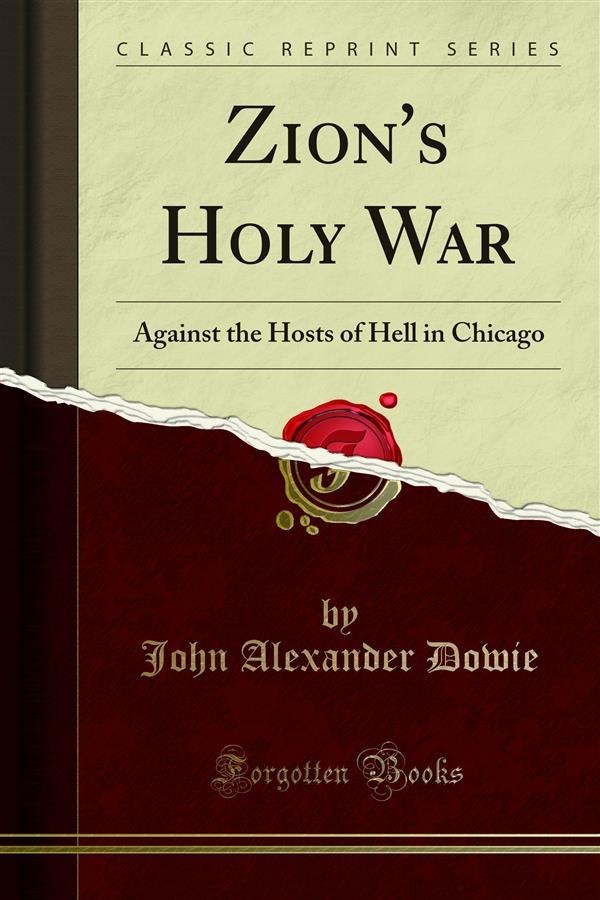 I ord's day, October I, 1899, marked the beginning of a special Onward Movement in Zion which will, by the Grace of God, be one of the most important religious events which ever occurred in Chicago. On this day the General Over seer made the opening declarations in the Three Months' Holy War Against the Hosts of Hell in Chicago. From the platform to the rear of the immense ground ﬂoor, and from that ﬂoor to the highest seat in the topmost gallery, Zion Tabernacle's magnificent interior displayed the serried ranks of an audience of over three thousand persons. As the man of God, with simple, direct, but powerful eloquence, set forth the great principles for which Zion was to fight in this War, now opening, the listening thousands were inspired by the mighty words of faith and courage. The fearless denunci ations of sin were sent home to many a heart which cried to God in penitence and, confessing its wrong, vowed a greater faithfulness and more implicit obedience, especially in the matter of dealing honestly with God, and of ceasing to rob God by withholding the tithes and offerings, which, under every Dispensation, were His due. Then the hallowed hour came when, nearly one hundred new members having been received, and two Overseers, three Elders, and a Deacon having been ordained, over two thousand of God's children gathered around the Lord's Table and in the sweet calm of the autumn evening supped with their Lord. Central Zion Tabernacle, Lord's Day Afternoon, October 1, 1899. The meeting was opened by singing Hymn No. 116: There's a royal banner given for display To the soldiers of the King; As an ensign fair we lift it up today, While as ransomed ones we sing.