An Entire Commentary Upon the Whole Epistle of St. Paul to the Ephesians 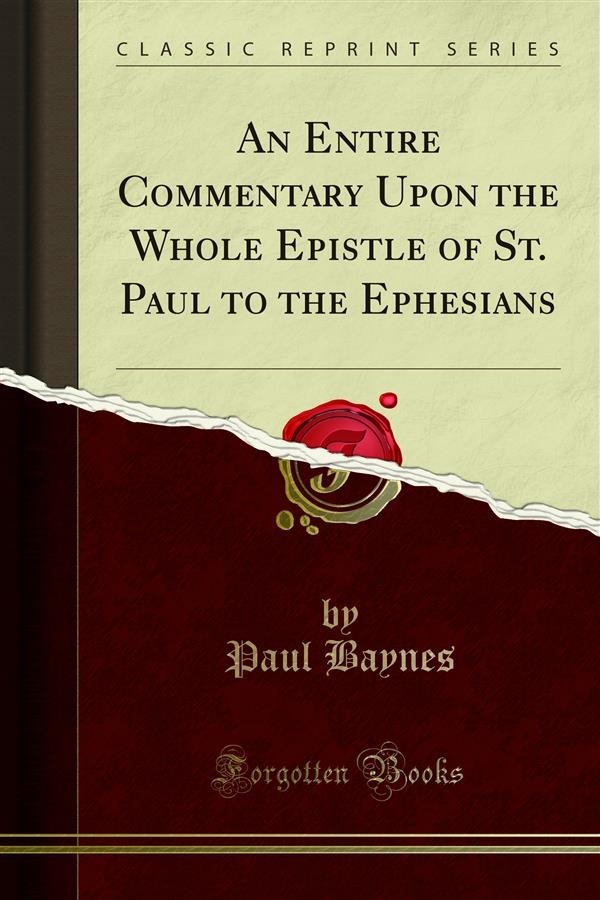 An Entire Commentary Upon the Whole Epistle of St. Paul to the Ephesians

Brook tells the following anecdote, for which he quotes as authority Clarke's 'examples,' p. 72, edit. 1671. 'a religious gentleman placed his son under his care and tuition, and Mr Baynes, entertaining some friends at supper, sent the boy into the town for something which they wanted. The boy staying longer than was proper,' as boys, then and now, will do, 'mr Baynes reproved him with some sharpness, severely censuring his conduct. The boy remained silent, but the next day, when his tutor was calm, he thus addressed him: My father placed me under your care, not only for the benefit of human learning, but that, by your pious counsel and example, I might be brought up in the fear of God but you, sir, giving way to your passion the last night gave me a. Very evil example, such as I have never seen in my father's house. Sayest thou so, answered Mr Baynes, go to my taylor, and let him buy thee a suit of clothes, and make them for thee, which I will pay for to make thee amends. And it is added that Mr Baynes watched more narrowly over his own spirit ever after.'