The Decrees of God 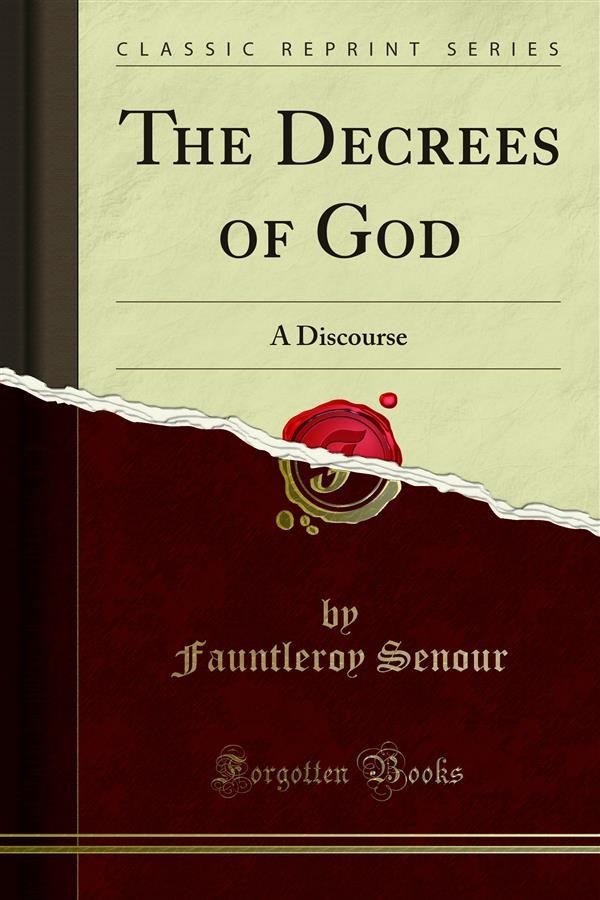 The Decrees of God

Second — It is objected, that if God fore-ordains whatsoever come to pass he is the author of sin. Some may say and think so, but Presby terians neither say nor think so. We do not understand the term ordain or fore-ordain to mean fatality or physical necessity. When it is said that Christ was verily fore-ordained before the foundation of the world, we do not mean that he was under the physical necessity of dying or was compelled by fate to die. But this is Our meaning when we speak of fore ordaining an event: It is to form such a purpose respecting it, as retr ders certain its future existence, through positive or permissive agency. Now, does it follow that because God fore-ordained or purposed to save a portion of our race, and fore-ordained to permit another portion to go on in sin, or to leave them to themselves to pursue their own course, that he is the author of their sins? Take an illustration: Suppose you knew that by preaching the Gospel to five men, one of them would repent and turn from sin, but you also knew that the repentance of that one would so enrage the others that they would curse the very God of their existence, and cruelly persecute the man that repented. Knowing these things with certainty, you determined to preach to the five men, and thus save one instrumentally; do you not at the same time decree, IN one sense, the cursing and persecution of the others and yet you are in no sense the author OF their wickedness. Because God enlightens some, and others are hardened by the use of the same means and God punishes them for the neglect and abuse of the means of grace, does that make God the author of sin? There certainly is a vast difference between the sun's being the source of heat and light and being the cause of darkness. When the sun sets darkness follows, but would any man in his senses say, that the sun, which is the fountain of light, was also the fountain of dark ness 7 SO God is not the source of sin, but when he withdraws his pre sence and inﬂuence, sin invariably follows but that no more makes God the author of sin, than the setting of the sun makes it the source of darkness.