The White Doe the Fate of Virginia Dare 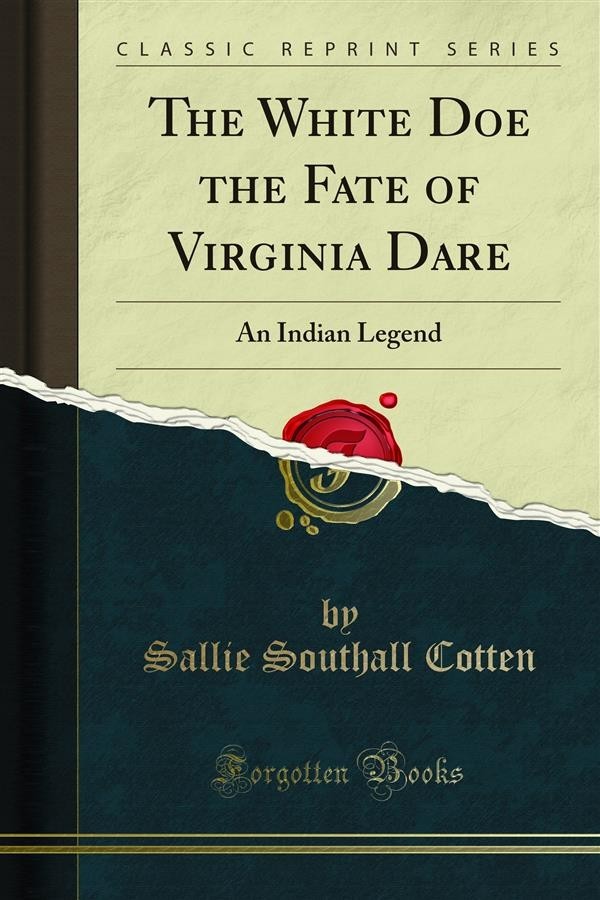 The White Doe the Fate of Virginia Dare

In studying the past, deeds come to be estimated more with reference to their ultimate results and as factors in universal progress, and less as personal efforts just as more and more the personal merges into the universal in all lines of endeavor. Viewed in this light of ultimate results an imperishable and increased lustre envelops the name of Sir Walter Raleigh as the pioneer and faithful promoter of English colonization in America. The recognition of his services by the people who reap the reward of his labors has ever been too meagre. A por trait here and there, the name of the capital city in a State, a mention among other explorers on a tablet in the National Library, the name of a battle ship, and a few pages in history, help to remind us of his association with this nation. Perhaps a few may recognize his personal colors — red and white in the binding in this book, and his Coat of Arms in the heraldic device which ornaments the cover, and which are mentioned lest we forget one we should honor.