Peck's Bad Boy and His Pa 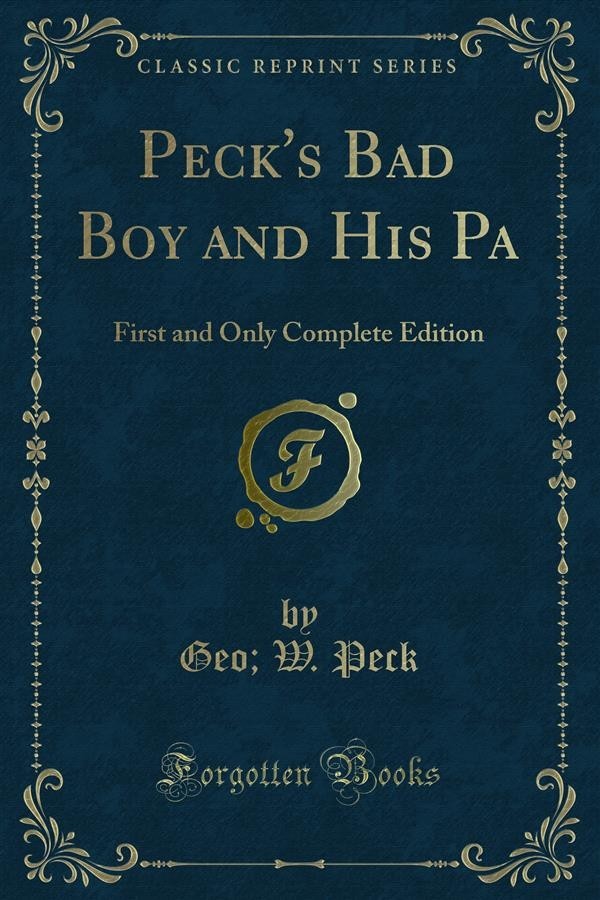 Peck's Bad Boy and His Pa

Peck's Bad Boy and His Pa first appeared in book form some 75 years ago, in 1888. Its author was George Wilbur Peck, a Wisconsin printer and newspaper owner, who eventually served two terms as Governor of Wis consin. Peck was born in Henderson, New York, in 1840, but was taken as a child to Wisconsin, where he spent most of his later life. His earlier years seem to have been a succession of small printing jobs and failing business enterprises, until he entered the Union Army in 1868. After his release he worked in New York on a newspaper in the Pomeroy chain for a time, then bought a news paper in Lacrosse, Wisconsin from Pomeroy and returned to Wisconsin. It was not until the early 1880's, however, that he achieved any success; by this time his paper, Peck's Sun, had been moved to Milwaukee. His paper was a weekly, more a collection of editorial humor than a newspaper in the modern sense, and in it, in 1882, first appeared the nasty pranks which Hennery the Bad Boy played upon his drunken father.