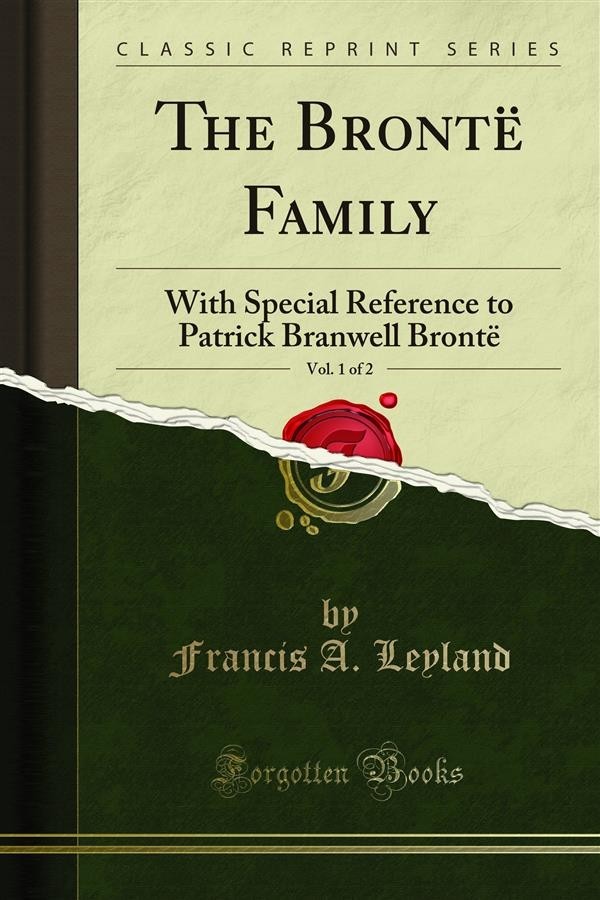 IT has long seemed to me that the history of the Bronte family is incomplete, and, in some senses, not well understood. Those who have written upon it — as I shall have occasion to point out in these pages — have had certain Objects in View, which have, perhaps necessarily, led them to give undue weight to special points and to overlook others. Thus it happens that, though there are in the hands of the public several able works on the Brontes, there are many circumstances relating to them that are yet in comparative Obscurity. Especially has injustice been done to one member of the family — Patrick Branwell Bronte — whose life has several times been treated by those who have had some other object in View; and, through a misunderstanding of the character of the brother, the sisters, Anne in particular.