The Contendings of the Apostles 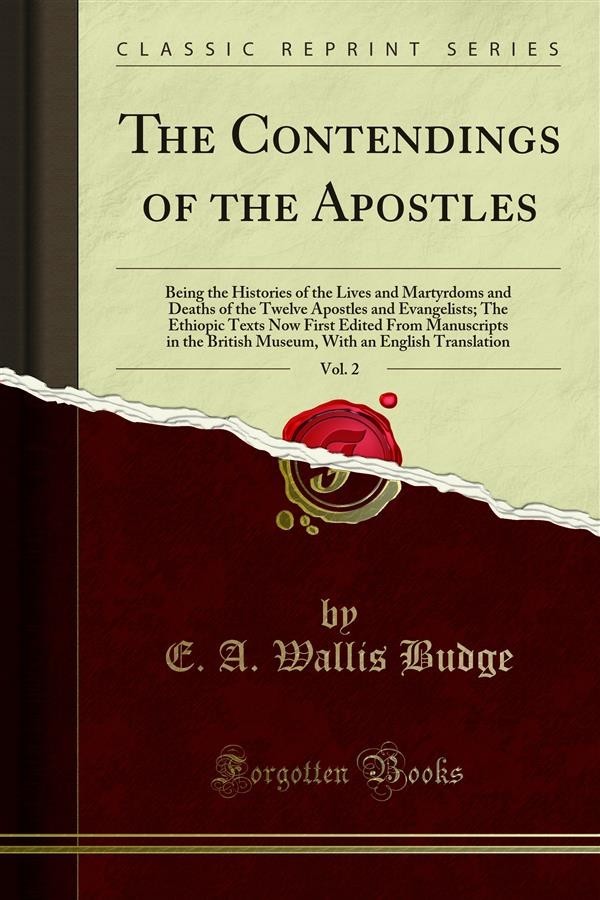 The Contendings of the Apostles

This edition of the Gadla Hawaryat or Contendings of the Apostles and the English translation of the same were begun at the sug gestion of the late Marquess of Bute, who was deeply interested in the literature of the ancient Christian people of Egypt; Nubia, and Ethiopia. The plan of the edition is due to Lord Bute, who approved of the manuscripts which have been followed in the printed text, and decided that it was unnecessary to add to it more than a limited number of the variant readings from the late manuscripts as specimens; to have given them all would have required a volume to be devoted to the purpose. The cost of the publi cation of these volumes, as well as of several other important Oriental texts and translations, was defrayed by his Lordship who followed with interest the progress of the work until his death on the 9th of October 1900, when students of many branches of Ecclesiastical and Oriental re search lost a learned colleague, a sympathetic friend, and a generous patron.