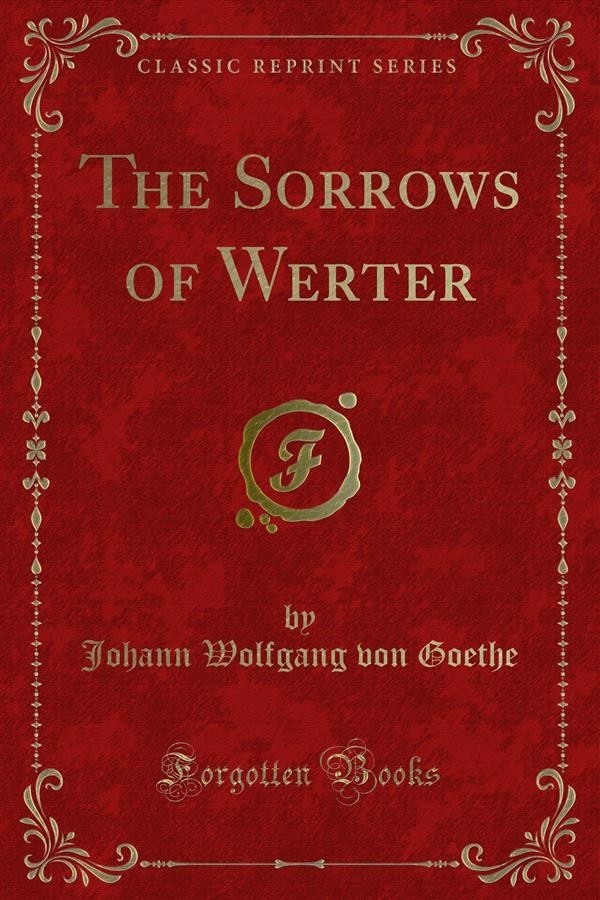 In April, 1770, Goethe went to Strasburg, where he was to graduate as Doctor of Laws. There he came into sentimental complication with the two daughters of his French dancing-master; read the life of Goetz von Berlichingen; tried studies of natural science, and made the acquaintance of Herder, five years older than himself. From Herder's calmer spirit he learnt much. Goethe afterwards ascribed great inﬂuence upon his artistic life to Goldsmith's Vicar of Wakefield, first published in 1766, with which Herder first made him acquainted. Then he fell in love with Frederika, daughter, aged sixteen, of a country pastor at Sesen heim, sixteen miles from Strasburg. To him this was all empty emotion, common in those days throughout France and Germany, and spreading into England as a distemper that killed nobody until it blended with brute forces of the Revolution that sent victims with exultation to the guillotine, and wept with empty sym pathy over the hero of a chance reprieve. Goethe caught also an enthusiasm for Shakespeare, and began his play Goetz von Berlichingen.