The Life of the Venerable Anna Maria Taigi 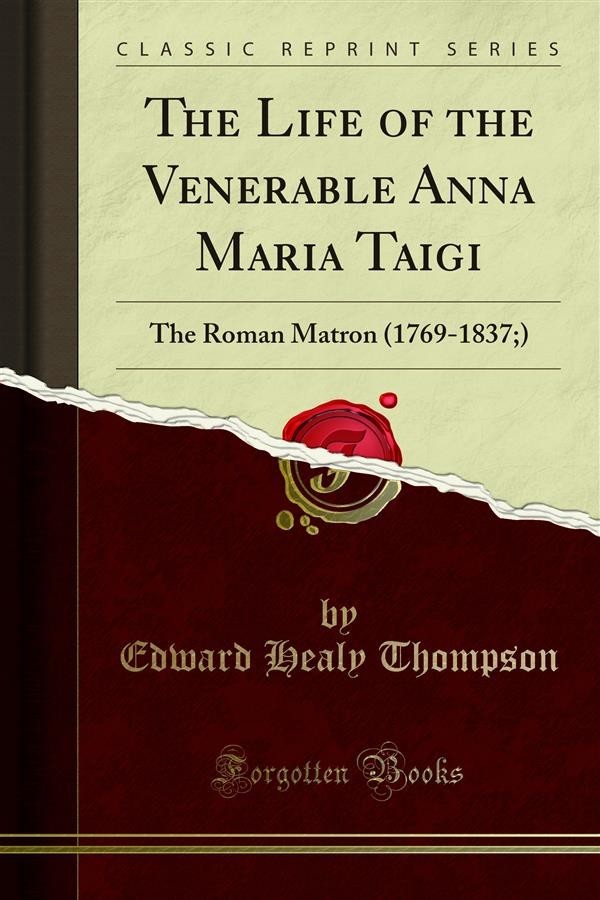 The Life of the Venerable Anna Maria Taigi

In accordance with the decree of Urban VIII., and other Sovereign Pontiffs, we declare that all the graces, revelations, and miraculous facts related in this work have only a human authority, except so far as they have been. Confirmed by the Holy Catholic, Apostolic, and Roman Church, to whose infallible judgment we sub mit whatever is written therein and that, in giving to the Servant of God, Anna Maria Taigi, the designation of Saint'we have no thought of anticipating the decision of the Holy See, which alone has authority to pronounce to whom such character and title rightly belong.