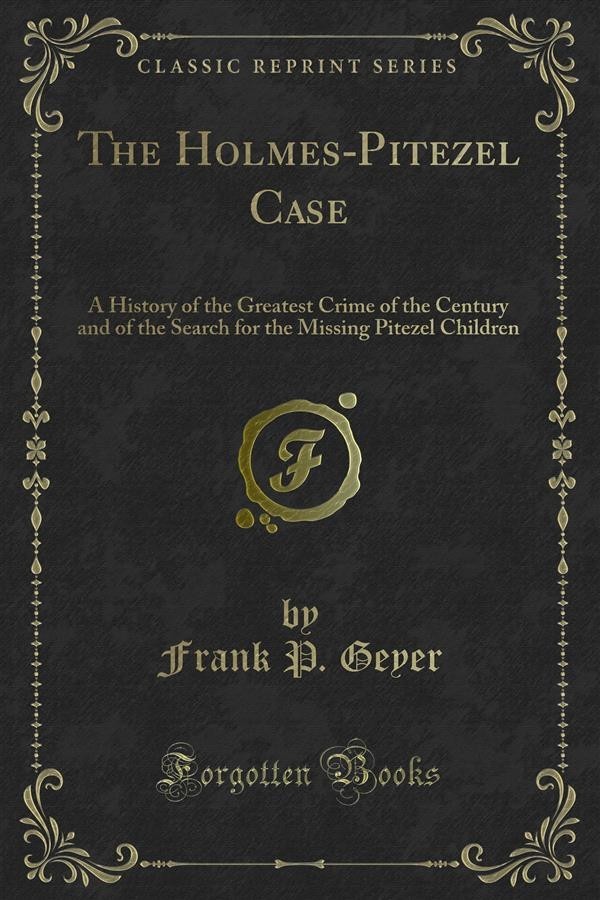 It is not possible to find in the annals of crim inal jurisprudence, a more deliberate and cold blooded villain than the central figure in this story, nor would the most careful research among the records of the prominent murder trials that have absorbed public attention during the past century, disclose the careful planning that made possible the apprehension of Holmes, the prosecution to an almost miraculous ending of the search for the missing children, or the equal of the forensic skill and cunning that wove the close web in which this man of many names and many murders was eu tangled. That Holmes' committed four murders has been proven beyond the shadow of a doubt, and that his timely arrest prevented three more mur ders is equally sure. If the Chicago Castle could give up its guilty secrets, there is more than a strong suspicion that the list of Holmes crimes would be materially lengthened. We do know that fraud, deliberately planned and coolly executed, the blackest treachery toward his associates, a long term of brutal cruelty toward the helpless woman and her children who were in his clutches, and the marvel ous duplicity and falsehood practiced upon the three women who each believed herself to be his lawful wife, are to be added to the list.