A Manual of Costume As 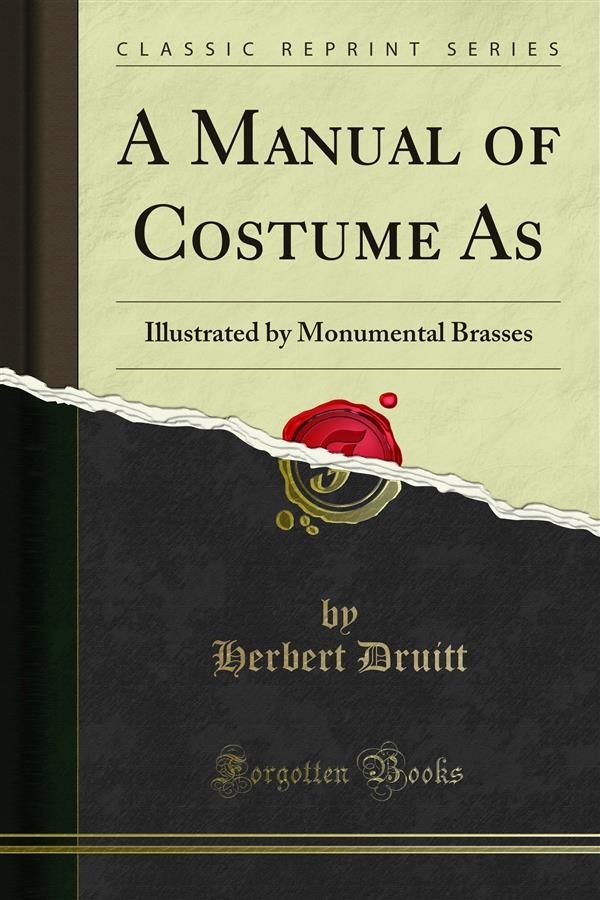 A Manual of Costume As

The adequate acknowledgment Of an author's indebted ness to authorities, in a work of this kind, presents many difficulties. It was intended that a Bibliography should have been printed at the end of this book,i which would have shown the range of these obligations; but it was found to be impossible to include this, as it would have increased unduly the Size of the book. This bibliography will be issued, with some additions, in a separate form at a later date, when it is hoped that it will prove of service to the student. But it must be stated here that the author's chief indebtedness is to the Rev. Herbert Haines' Manual of Monumental Brasses, now, unfortunately, out of print, and comparatively costly, but which for more than forty years has been and still remains the standard work on the subject. Many of the illustrations are from photographs, taken directly, of the brasses themselves. The author's grateful acknowledgments are due to Mr. E. M. Beloe, junr., for his photographs of the Elsing brass; to Mr. W. H. H. Rogers, F for his kindness in allowing the use of some thirty blocks, made from his own carefully prepared rubbings; and to Mr. H. K. St. J. Sanderson for the use of his block of the brass at Cople.