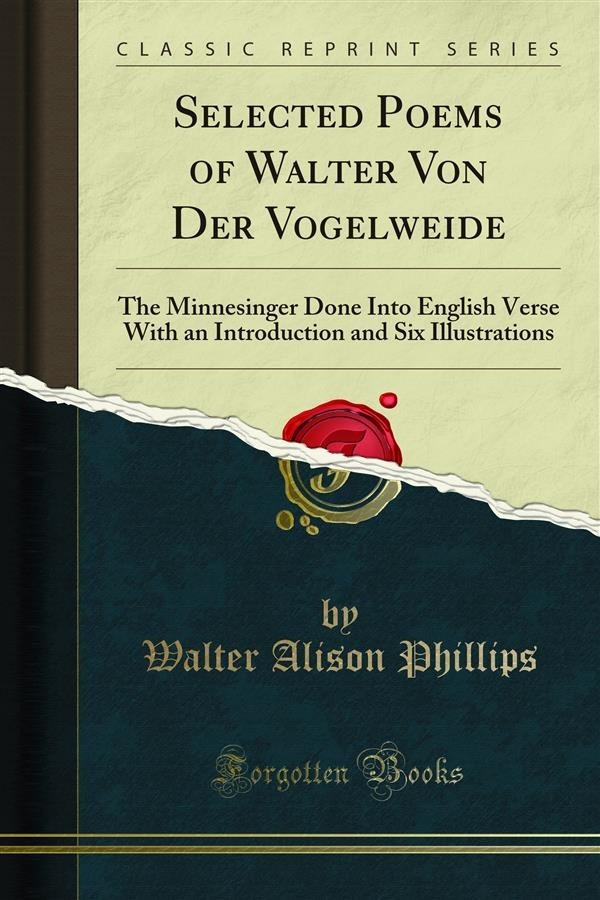 I have based these translations, in the main, on Pfeiffer's edition of Walter von der Vogelweide (revised by Karl Bartsch: Leipzig, Brockhaus, 6th. Ed. But several poems which he rejects as not genuine, notably the beautiful May Song,' I have included on the authority of Lachmann, whose edition of the text remains the standard one, and who is followed by Simrock. For the Introduction and notes I have used, besides Pfeifi'er and Simrock, the very interesting monograph on Walter von der Vogelweide and his poems by Herr Wilmanns ('walther von der Vogelweide und seine Zeit.' Bonn, Scherer's History of German Literature' (translated by Mrs. Cony beare Oxford, Clar. Press, 1886) gives a very clear account of the literature of the period. For the general history of.