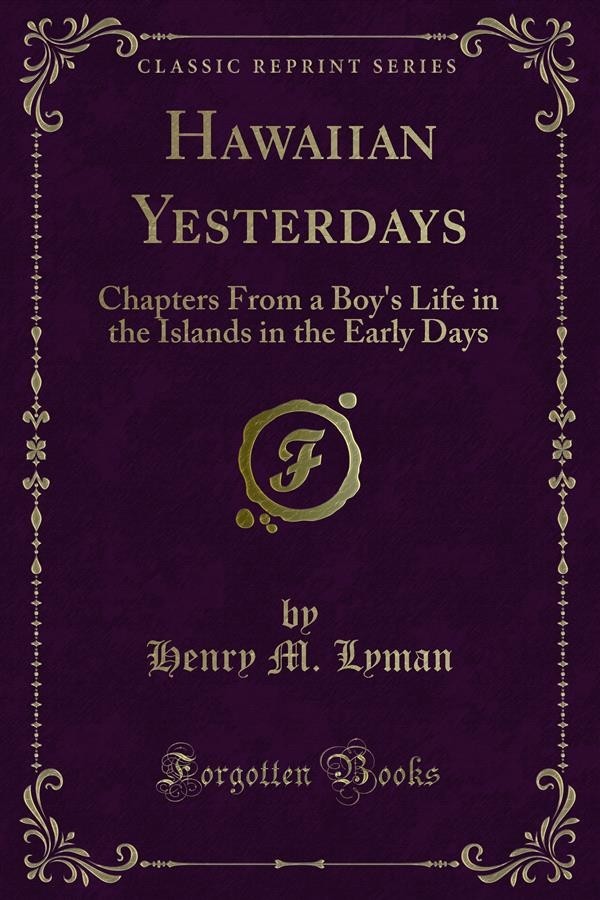 One stormy evening in November, 1831, David B. Lyman and Sarah Joiner were married in the village church of Royalton, Vermont. It was known that the young couple were to embark immediately with a com pany Of missionaries bound for the Sandwich Islands; and the unusual circumstances caused almost the entire population of the village to be present at the marriage ceremony. It seemed a funeral rather than a wedding, for in those days it was understood that a foreign mis sionary was very unlikely ever to return to his native land. Was it not set down in Holy Writ, that NO man having put his hand to the plough, and looking back, is fit for the kingdom Of God? That settled the whole question. The snow-ﬂakes ﬂew, the winds ofwinter wept and wailed among the branches Of the maples and elms, as the muddy stage-coach rolled up to the door at two O'clock in the morning, and bore away the young couple from the home and the friends who gave up that sweet bride. Farewell, farewell, father, mother, sister, brothers dear A long farewell indeed! For they were never to meet on earth again.