Commentaries on the First Book of Moses Called Genesis 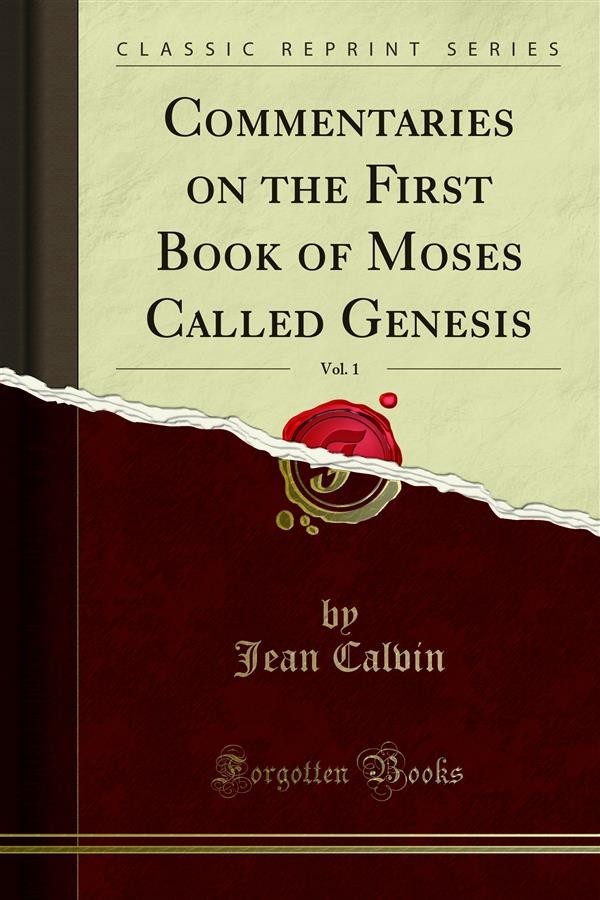 Commentaries on the First Book of Moses Called Genesis

Several of the commentaries OF calvin on different portions of the Holy Scripture having been for some time before the public, through the labours of the calvin society; it is not improbable that the readers of the follow ing pages will have already become in a great degree familiar with the writings of this celebrated Reformer. It may, perhaps, therefore be thought an unnecessary, if not a presumptuous undertaking, to preface the present work with any general observations on the character of calvin's expository writings. But though the Commentary on genesis was neither the first which Calvin wrote, nor the first which the Calvin Society has republished; yet Since, in the ultimate arrangement of the Commentaries it must take the foremost place, the Editor has determined to offer such preliminary remarks as may seem desirable for a reader who begins to read the Commentaries of Calvin, as he begins to read the Bible itself, at the Book of Genesis. If, in taking such a course, he is charged with repeating some things which have been said by others before him, he will not be extremely anxious either to defend himself from the charge or to meet it with a denial.