The Wisdom of Jesus the Son of Sirach or Ecclesiasticus 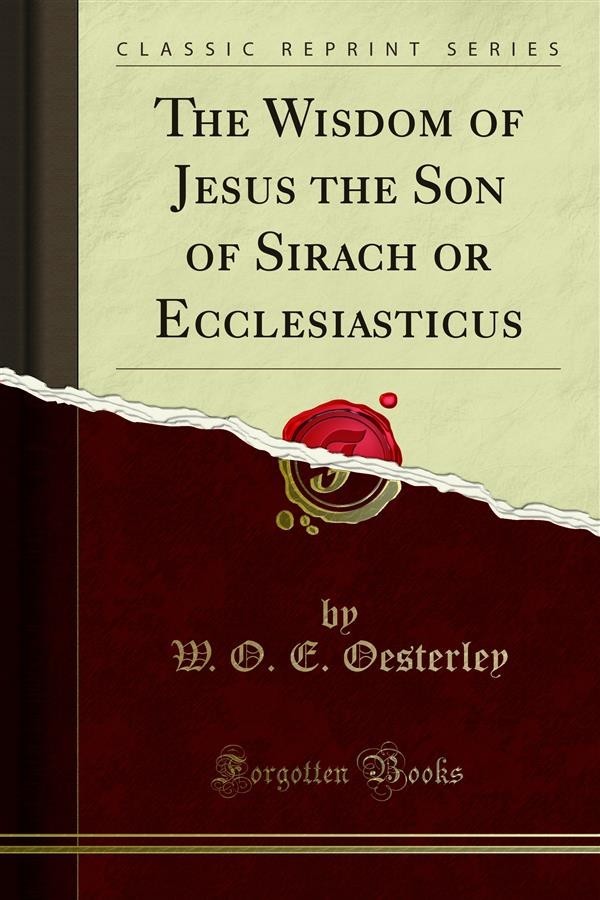 The Wisdom of Jesus the Son of Sirach or Ecclesiasticus

The present General Editor for the Old Testament in the Cambridge Bible for Schools and Colleges desires to say that, in accordance with the policy of his predecessor the Bishop of Worcester, he does not hold himself responsible for the particular interpreta tions adopted or for the Opinions expressed by the editors of the several Books, nor has he endeavoured to bring them into agreement with one another. It is inevitable that there 'should be differences of opinion in regard to many questions of criticism and interpretation, and it seems best that these differences should find free expression in different volumes. He has endeavoured to secure, as far as possible, that the general scope and character of the series should be observed, and that views which have a reasonable claim to consideration should not be ignored, but he has felt it best that the final responsibility should, in general, rest with the individual contributors.