The Messiah of Qadian 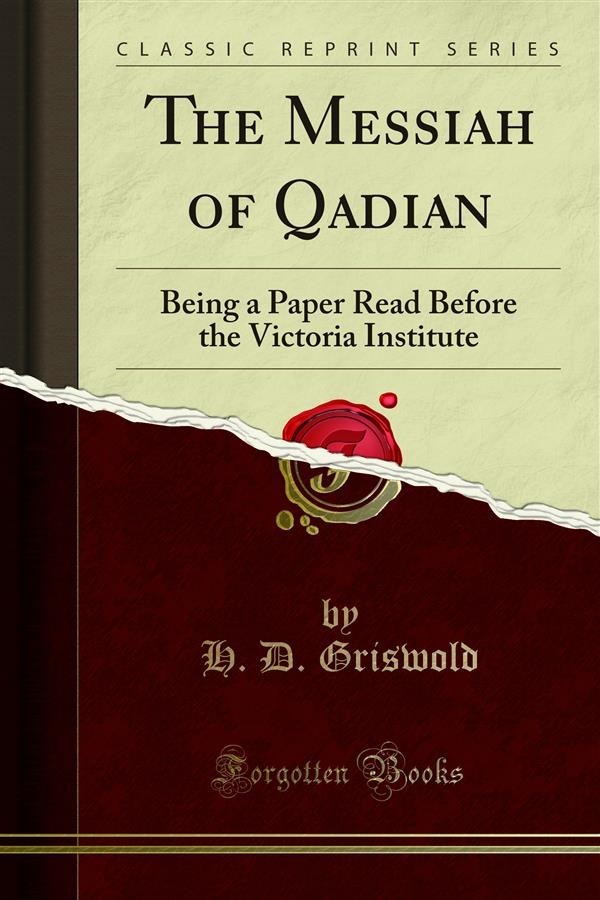 The Messiah of Qadian

The Mirza of Qadian claims that the promised Mahdi and the promised Messiah expected by Muhammad-ans are not two persons but one, and that he is that person. This is a heretical View, if judged by the standard of Muhammadan orthodoxy. For, as commonly held, the Mahdi will be a descendant of Fatima, the daughter of Muhammad and mother of Husein, and the Messiah will be the Lord Jesus Christ at His second coming. Both the Mahdi and the Messiah will be men of blood, who will together fight against the unbelievers until they are overcome. Thus the tradition of orthodox Islam includes the notion of a bloody Mahdi who will wage a bloody jihad against all unbelievers. Such is the programme which, for example, the Sudanese Mahdi, Muhammad Ahmad of Gondola, had in mind and sought to carry out.