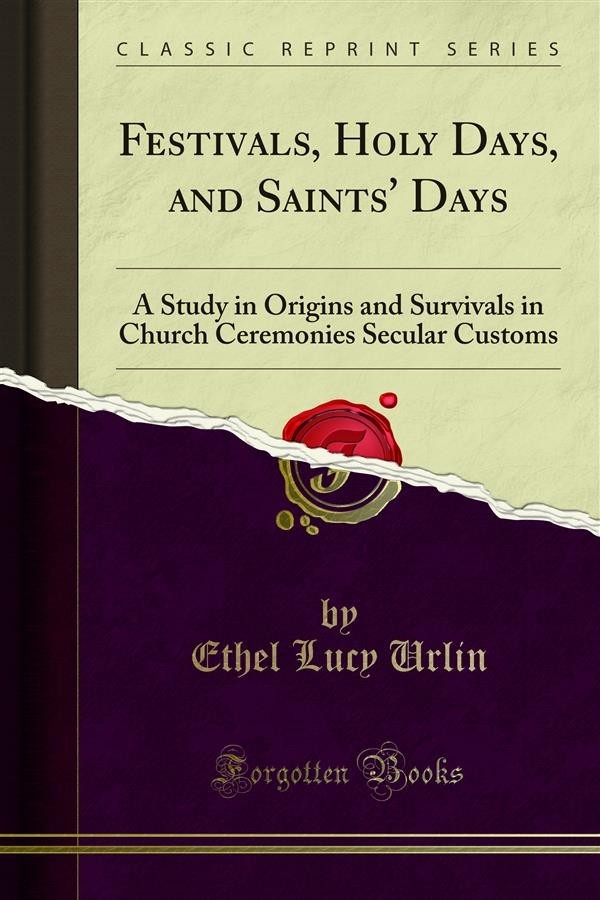 The idea of this little book is not to dogmatize, but rather to note practices still existing, or but lately obsolete, to trace their probable connexion With those of the Middle Ages, and Where a pre Christian connexion can be traced, to mention it With due reserve. In some cases, bygone ceremonies Will be de scribed for the sake of the light they throw on many still surviving amongst us. English ceremonies will be first regarded, and then such Continental or Eastern rites as can be compared With those of the English people, indicating a similar origin. The endeavour will be to select those Which deserve note by their typical character, but not to attempt to cover such a huge field as the description of the Catholic ceremonies in all countries must necessarily involve. A little repetition may sometimes occur,and when this is so, it will be for the sake of com parison with other usages. Festivals can probably be traced to the feelings of joy and thankfulness common to mankind, when the great processes of Nature come in their annual, yet to the primitive mind, uncertain courses.