When the Lantern of Hope Burned Low 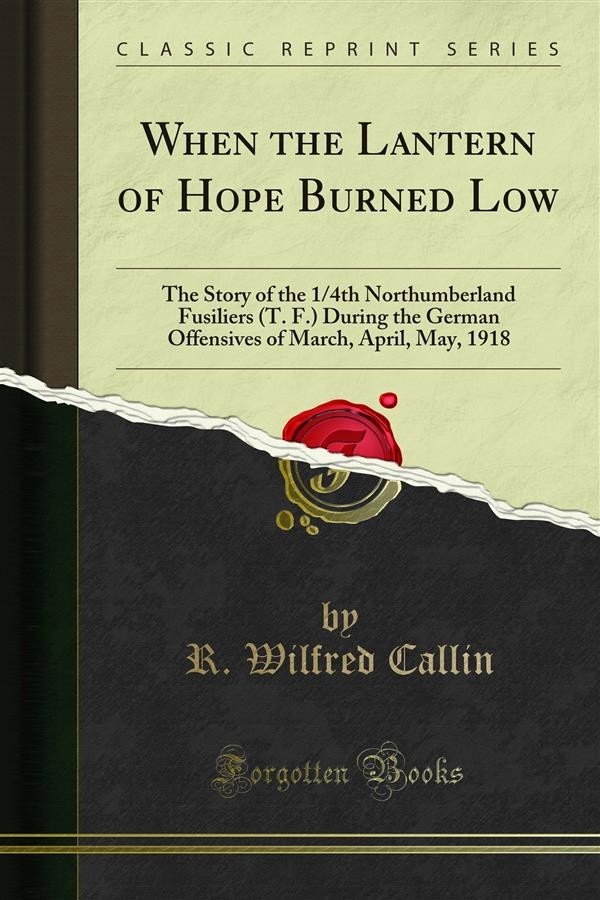 When the Lantern of Hope Burned Low

The Spring of 1918 will be for ever remembered as the darkest hour in the fortunes of the Allies. Three years and a half of war had seen the Allied cause grow in moral clearness and military glory, but the aftermath of the Russian revolution had placed in the hands of the Central Powers an opportunity of which they were not slow to take advantage. By the liberation of their Armies on the Eastern Front, a force of not less than one million fresh and vigorous men, supported by immense artillery reserves, were released for offensive purposes in the \vest. That the Central Powers meant to make a final bid for victory was certain. How that bid was made, where the three great blows of March 21st, April 9th, and May 27th fell, and what their successive aims were, is now a matter of history. How near they came to success, what desperate fighting took place before the Hun was finally thwarted almost within reach of his goal, is also a matter of history — written in calm, dispassionate, but profoundly moving words in Field Marshal Sir Douglas Haig's despatch. Here we record, not a description of the offensive that failed, but a fragment of the reason Why they failed. Other regiments played their part as finely as we did. Indeed, in so vast a conﬂict, one battalion more or less made little difference. But this was our Battalion; three times in less than ten weeks we met the full shock of the enemy's strongest blows; three times by an inscrutable Fate we were at the very centre of his deadly attack. We do not complain, neither do we boast; in life and death we did but our duty; but in the dying of our indomitables is written the whole spirit of a great deliverance. We were of Britain, and Britain was at bay; that was all.