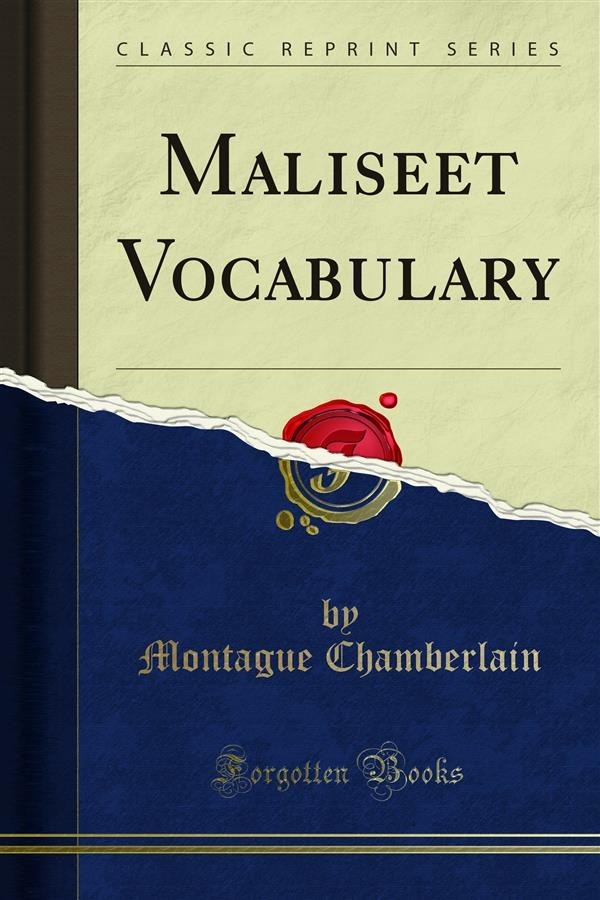 These people having no alphabet, it was necessary when writing their language to invent an alphabet or, to be more exact, to arrange the roman-english Characters in a suitable system; for in English these Characters are used to represent different sounds, but when writing an unwritten language each character must represent one sound only, and each sound must be repre sented invariably by the same character. I found no difficulty, however, in representing the sounds which occur in Maliseet by these familiar symbols with the aid of a few diacritical marks, and by giving to the vowels their continental values. In writing the present work I have changed my alphabet somewhat to make it conform more closely to that adopted by the Bureau of Ethnol ogy of the Smithsonian Institution.