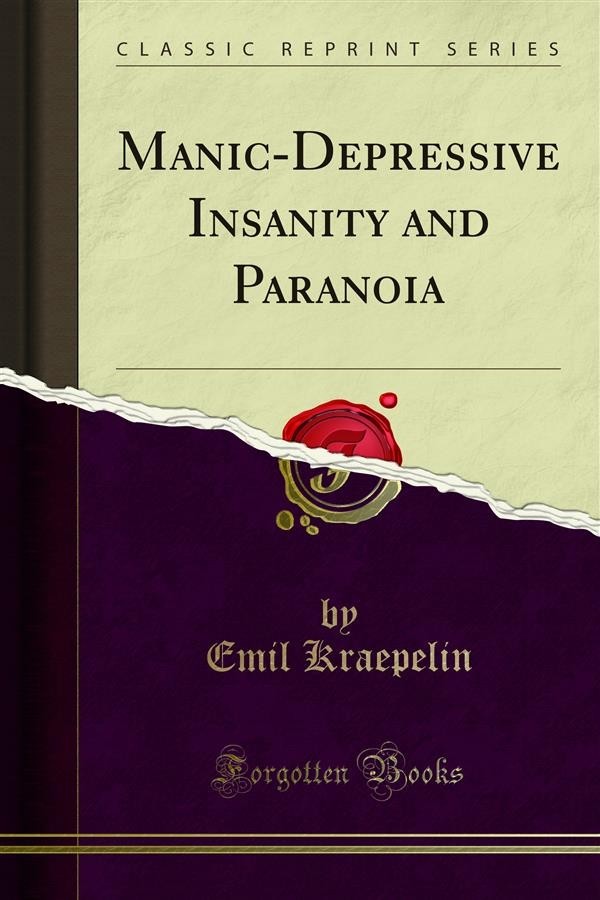 The latter part of the book is devoted to an account of Paranoia, which title is employed in the narrowest sense and is restricted in application to those forms, which are very often described as true or non — hallucinatory Paranoia. The more numerous allied and hallucinatory forms are mainly grouped by Kraepelin under the title Paraphrenia, though some may be included under Paranoid Dementia Praecox, to which dis order its relationship is undoubtedly very close. Further, it may be added that as true Paranoia has also affinities to some varieties of Mania, all these forms of insanity seem to merge into one another at their so-called boundaries or limits, as do the colours of the spectrum, though the fully developed and typical forms are as distinct from one another and as recognisable as the primary colours.