The Path of Purity 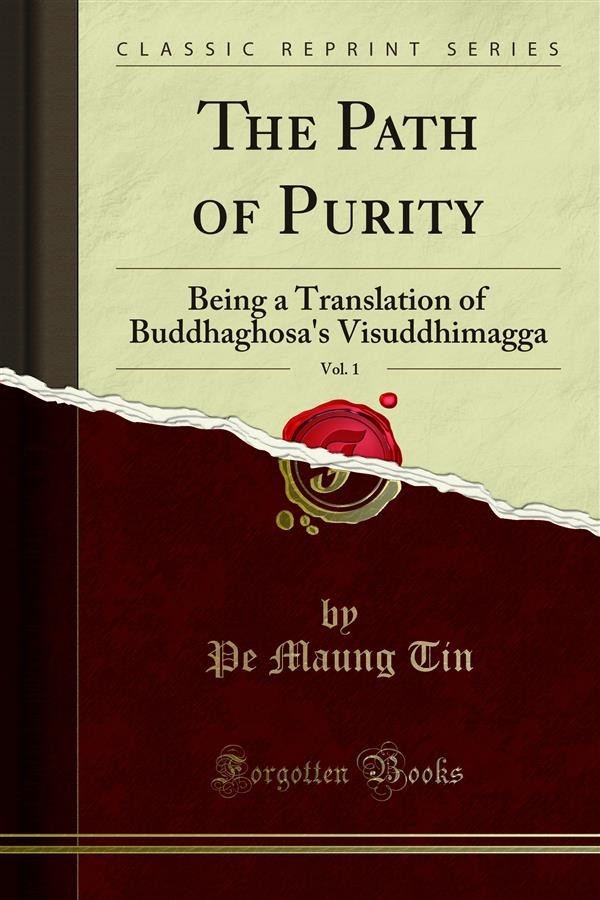 The Path of Purity

The present volume is a translation of the first part of Buddhaghosa's Visuddhimagga, the famous treatise which was, as is believed, written in Ceylon in the beginning of the fifth century a.d. Professor Lanman of Harvard University published an admirable analysis of this first part in the American Academy of Arts and Sciences, vol. Xlix, No. 3, August, 1913. Since then ten years have passed by without our seeing the long-hoped-for American edition of the text or its translation. The Pali Text Society, which all along felt the need of a European edition of this work, could wait no longer, and recently brought out their own edition of the text. So, on the assurance of the editor, Mrs. Rhys Davids, that she saw no prospect of an American translation, I submitted my translation to the Pali Text Society. As has been explained in the Editorial Note to my translation of the Atthasdlini, if I had not entertained from year to year good hopes of seeing Professor Lamnan's edition and translation, I would have taken up, six years ago, the translation of the Visuddkimagga instead of the Attkasc'il'ini.