The Sacred Laws of the Âryas 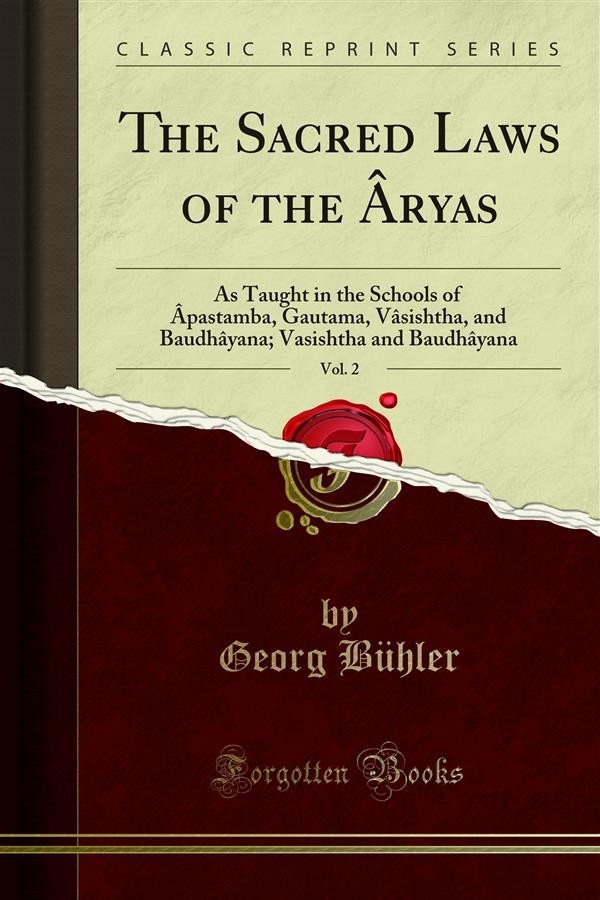 The Sacred Laws of the Âryas

Originally studied by and authoritative for the Bahvrz'lzas, the Rz'gvedins alone, and afterwards became an authority for all Brahmans 1. In the introduction to Gautama it has been shown that a similar assertion which Govinda makes with regard to the Gautama Dharma-sutra can be corrobo rated by a considerable amount of external and internal evidence. It has been pointed out that not only the fact that the spiritual pedigrees of the Kkandoga schools enu merate several Gautamas, but also the partiality for texts of the Sama-veda, which the Institutes of Gautama Show on several occasions, strongly support the tradition that the Gautamiya Dharmasastra originally was the exclusive property of a school of Sémavedins. In the case of the vasishz/za Dharmasastra indications of the latter kind are, if not entirely wanting, at least very faint. The number of Vedic passages quoted is, no doubt, large; but few among them belong to the Class of Mantras which are recited during the performance of grz'hya rites, and must be taken from the particular recension of the Veda to which the per former belongs. Besides, the texts of this description which actually occur, do not bear the mark of a particular Veda or Sakha. The numerous texts, on the other hand, which are quoted in support or explanation of the rules, are taken im partially from all the three ancient Vedas. For this reason it would be dangerous to use the references to a dozen Rz'éas in Chapters XVII and XXVI, as well as to the legend of Sunaksepa, which is told only in works belonging to the Rig.