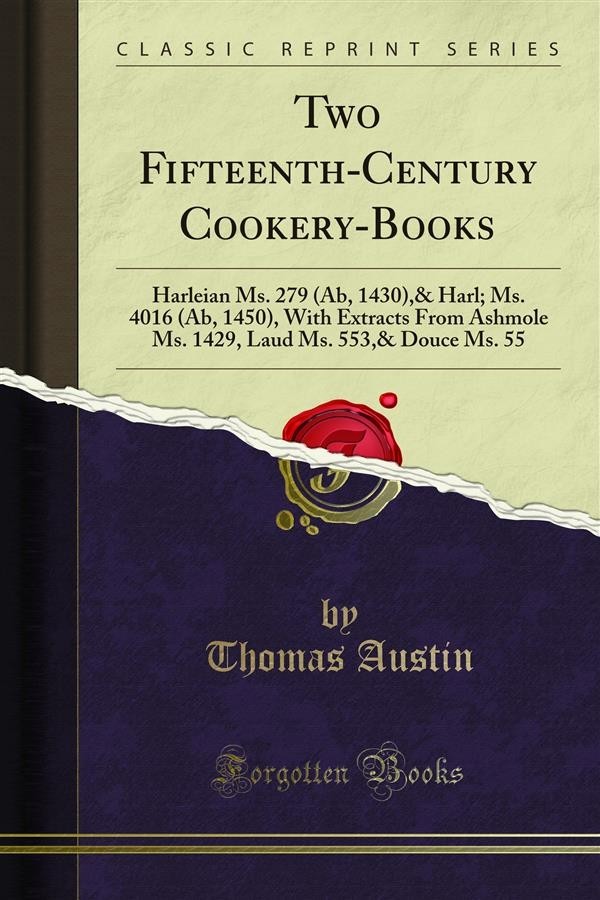 Some of the designs; or Subtleties, exposed on the Tables, as ornament, were of rather an ambitious character; far more so than most of those mentioned on pages 57 58, etc. These were devices in sugar and paste, and apparently in Jelly, and were, at any rate at times, made to be eaten. Those displayed at the Enthronement of Abp. Warham in 1505, must have been of considerable size, as their description Shews. They represented silvan and hunting scenes, and one displayed the interior of an Abbey Church with its various altars. In other cases such devices as a Ship, fully armed with her ordnance, with the Barons of the Cinque Ports on board, or buildings with vanes and towers are exhibited. A great Custard, planted, is displayed in a banquet given by Leland in his Collectanea. The dishes were also gilt at times, for purpose of display, as a Leche Lombard in the same volume; a Peacock also is mentioned with a gilt nib. The Subtleties mentioned in this volume are of a much more modest Character, representing simply an Agnus Dei, an Eagle, a Doctor of Law, etc. Though those at the Stalling of John Stafiord, on page 68, are more complicated. They seem both to have preceded the various courses, and also to have closed them, the first being called Warners, as giving warning of the entry of a fresh service.