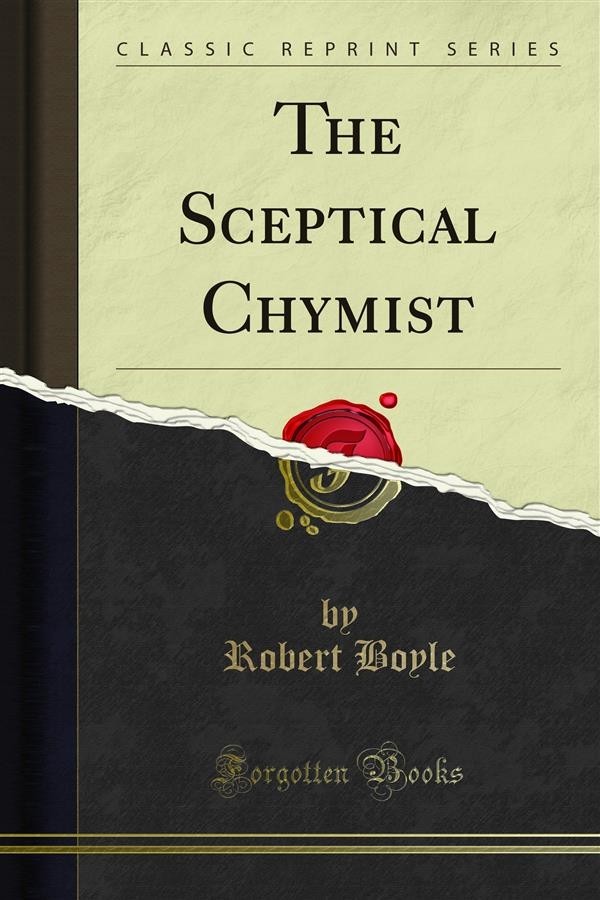 Oxford, and, after some fourteen years' residence there, to London. Boyle spent his life in the experimental study of various branches of natural science, meditating and writing on theological subjects — he learned Greek and Hebrew that he might read the Bible in the original languages — and the active exercise of a large and generous benevolence. He was one of the founders, and afterwards for a time President, of the Royal Society. He died in 1691, and was buried in West minster Abbey. Boyle published many works on scientific subjects, both in English and Latin. A collected edition of his scientific writings appeared in 1744, and another edition in 1772. The subjects which chieﬂy attracted Boyle's atten tion, every one of which was greatly advanced and enriched by his experimental labours and sound reasoning, were these the pressure of air, the distribution of pressure in water and other liquids, the phenomena of fire and ﬂame, colour, self-luminous substances, acids and alkalis, the qualities of volatility and fixedness in bodies, and, more especially, all questions connected with the composition and the qualities of material things, and with the nature of those simpler substances whereof mixt bodies are supposed to be com pounded.