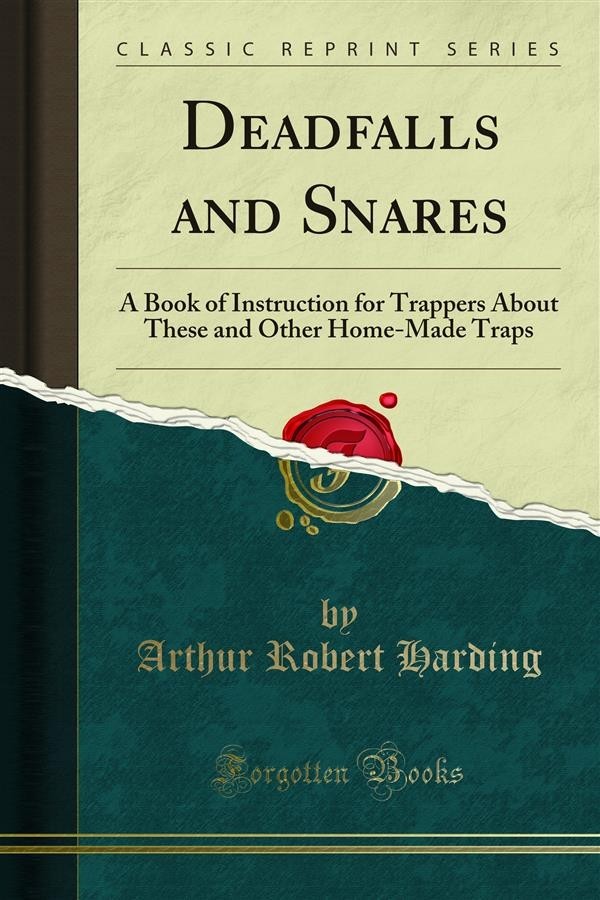 Scattered from the Arctic Ocean to the Gulf of Mexico and from the Atlantic to the Pacific Ocean are thousands Of trappers who use dead falls, snares and other home-made traps, but within this vast territory there are many thou sand who know little or nothing Of them. The best and most successful trappers are those of extended experience. Building dead falls and constructing snares, as told on the fol~ lowing pages, will be Of value to trappers located where material — saplings, poles, boards, rocks, etc. — is to be had for constructing. The many traps described cannot all be used to advantage in any section, but some Of them can. More than sixty illustrations are used to enable the beginner to better understand the constructing and workings of home-made traps. The illustrations are mainly furnished by the Old timers. Chapters on Skinning and Stretching, Hand ling and Grading are added for the correct handling of skins and furs adds largely to their commercial value.