How Paper Is Made 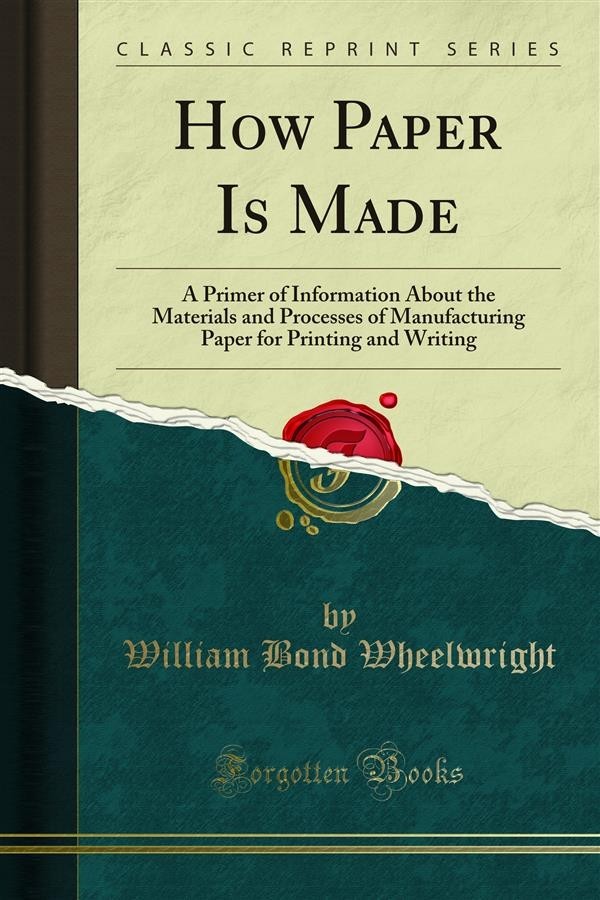 How Paper Is Made

Primitive man began his groping for a written lan guage with the making of pictures, crude and simple to be sure, but fairly representative of what they were Supposed to stand for. From this humble beginning man gradually progressed upward in the search for expressive Signs and marks, the passing generations recording their deeds In ancient pictures, sound marks, hieroglyphics, Cuneiform marks, syllabary signs, do, until they reached the ancient Phoenician alphabet, and still following an upward course gradually evolved the Greek alphabet and then the Roman, which, with very little Change, is our alphabet of today. Obviously, early writing materials were as crude as the writing itself, and consequently we find that the surface of a stone, a bone, or a shell, a ﬂat piece of wood, bark or leaf of a tree, a plate of metal, the facet of a gem, any one of a thousand things that could be used was employed for this purpose. The Egyptians and Greeks were in the habit of using even the frag ments of broken pottery for their less important records. But the materials most used before the invention of paper were the Assyrian Clay tablet, papyrus, and vellum. A detailed description of these materials may be found in No. 49 Of this series, Books Before Printing. Paper is said to have been invented by the Chinese at an unknown but very early date. It was introduced to Europe by the Arabs about the tenth century A. D. It was made of linen rags and did not vary much from the rag paper of today, except in finish. Paper was not much used in Europe until the invention of printing. Being much less substantial than vellum it did not commend itself to the makers of manuscript books. Paper was, however, im mediately found to be much better suited to printing than any other material and with the advent of the printed book it very quickly superseded other materials for the purpose. Owing to its resem blance to papyrus it was given this name; the word being derived from the name of this ancient paper-making plant.