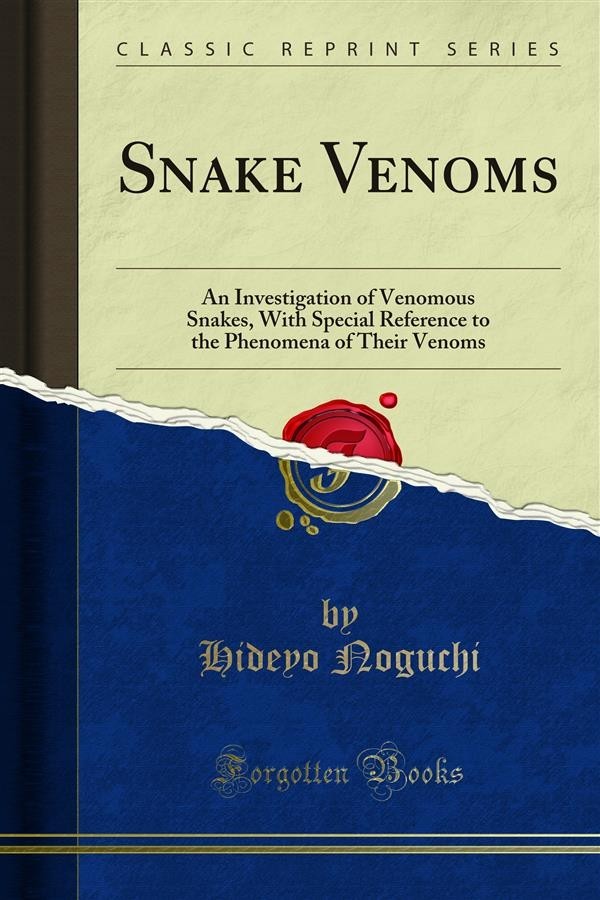 My interest in an opportunity to study the subject of snake venom I owe to certain peculiar and fortunate circumstances. After my graduation in medicine, I~was for several years connected with the Institute for Infectious Diseases, in Tokio, where I came under the instruction of Professor Kitasato. In the autumn of the year 1900 I became assistant in pathology at the Uni versity of Pennsylvania, where I remained until Professor F lexner resigned his post to assume the directorship of the laboratories of the Rockefeller Institute. It was soon after my arrival in Philadelphia that Dr. S. Weir Mitchell expressed his great desire that the scientific study of snake venom should be resumed and prosecuted along the lines of the new biological conceptions of toxication and immunity, which had become at that time so promising a field of pathological investigation. I had, therefore, the good fortune thus early to become associated in carrying out the studies (which extended over several years), relating to snake venom, which were issued from the pathological laboratory of the University of Pennsylvania. The expenditure involved in the execution of the researches of snake venom was met first by Dr. Mitchell himself, and later, chieﬂy through his recommendations, by means granted from the Bache Fund of the National Academy of Sciences and by specific grants from the Carnegie Institution of Washington.