The St. Joseph-Kankakee Portage Its Location and Use by Marquette, La Salle and the French Voyageurs 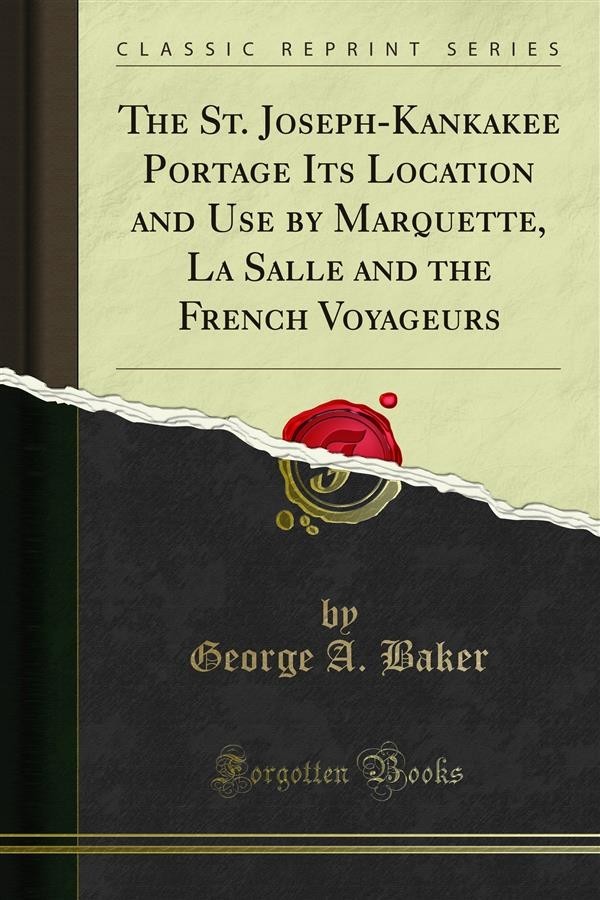 The St. Joseph-Kankakee Portage Its Location and Use by Marquette, La Salle and the French Voyageurs

In the early days the region in the vicinity of the portage, the valleys of the St. Joseph and the Kankakee, abounded in a great variety of fur-bearing animals. It was well known among the Indian tribes on account of its excellence as a hunting ground. Antoine de la Mothe Cadillac writing of the lower Peninsula Of Michigan in 1701, says: There are so many vast prairies dotted with woods, thickets and vines where the waters Of the streams keep the shores always green and the reaper has left unmown the luxuriant grasses which fatten buffaloes of enormous size. The plain along the eastern bank of the St. Joseph river south of Niles, Michigan, was a noted buffalo resort known to the French as Pare aux vaches and to the Indians as The cow-pasture, or cow-pens. Further up the river the field west and south Of the portage landing, was called at the time Of the visit Of Charlevoix in 1721, La Prairie de Tete la Boeuf (buffalo Head Prairie).