How to Use the Microscope 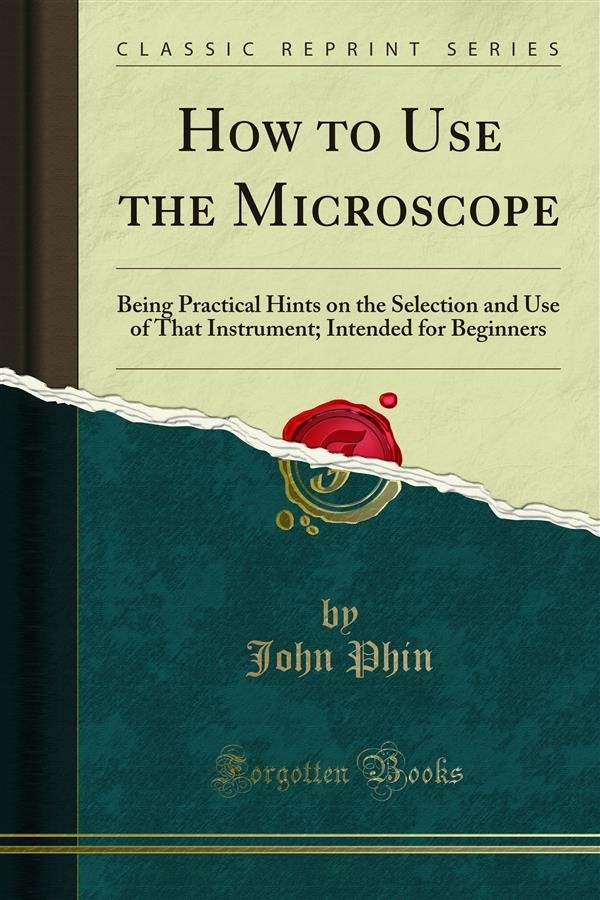 How to Use the Microscope

This might with propriety be called the fourth edition — the main idea of the work having been embodied in a pamphlet under the same title. Published in 1873. But long since forgotten. The successive editions have reached their present form by accretion, rather than by develop ment; like Topsey, the book has growed, rather than been brought up. And just as that young lady exhibited numerous traits which were inconsistent with a proper training, so this book shows patch-work and inequalities which do not add either to its value or its attractiveness. Of all this the author is fully conscious, and if he could possibly have secured the' necessary leisure he would gladly have rewritten the entire volume. But pressing. Or rather imperative calls upon his time. Have prevented this, and he has, therefore. Been compelled to feel satisfied with such general revision and additions as were necessary to bring the work up to the present state of our knowledge. The book is still intended for beginners and has changed nothing of its elementary character. It is true that we have inserted a few pages relating to the higher class of objectives. And the accessories used with them, but those who do not possess such apparatus can easily skip these passages. That it is suited to the purpose for which it was intended, we have evidence, not only in the extended sale which it has secured, but in the fact that it has been adopted as an auxiliary text-book in several of our schools and colleges.