A History of Two Reciprocity Treaties 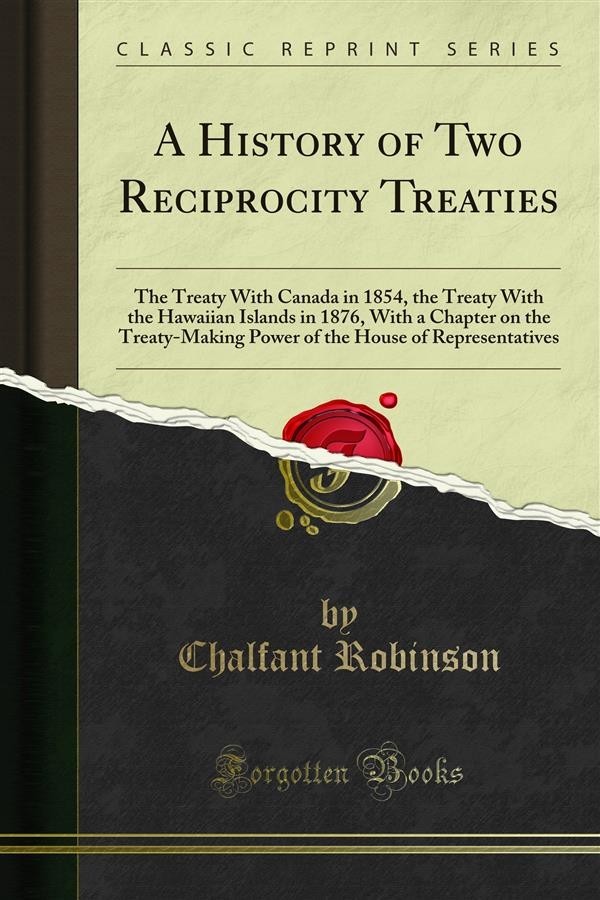 A History of Two Reciprocity Treaties

There is a wide-spread and increasing interest in reci procity as one solution of the problem presented by the tariff in its relation to trade. This general interest is offered as a reason for the publication of another book so soon after the appearance of Reciprocity, in which Professors Laughlin and Willis have given such a comprehensive treatment of the whole subject. Eleven years ago, Dr. F. E. Haynes published an excellent article on The Reciprocity Treaty of 1854 with Canada in volume VII of the Publications of the American Eco~ nomic Association, November, 1892. But in relation to Canada and to Hawaii, both of these publications are more or less limited in scope, and inasmuch as public questions of great importance are involved, and as these treaties present so many points of inter-est to the student of political and commercial history, no excuse seems necessary for considering them both in greater detail than has yet been done. The Treaty with Canada in 1854, as it appears in this volume, was submitted to the Faculty of Yale University for the degree of Doctor of Philosophy, in June, 1902. The Hawaiian Treaty of 1876 was practically finished when Reciprocity appeared, and a projected chapter on Cuba was laid aside because that work had already covered the Cuban Treaty. The writer wishes to express his gratitude for many valu able suggestions to Professor Edward G. Bourne of Yale University, and for courtesies in the use of the library to Professor Addison Van Name, Yale University, to the Officers of the Library of Harvard University, and to Dr. Roland P. Falkner, Chief of the Documents Department in the Congressional Library.