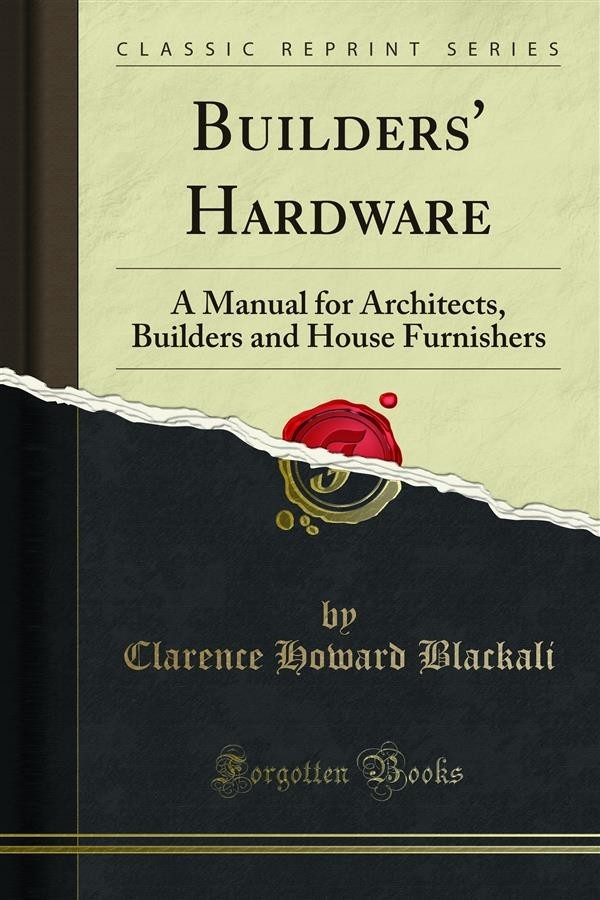 As to the limitations of the work, the term builders' hard ware is assumed to include, generally speaking, metal-work of every description entering into the construction and finish of a modern building from the nails and bolts used in the rough work, to the door furniture and brass lock and plate work of the finish. The illustrations, which include nearly every article referred to, have been prepared as simply as possible. A great deal of care has also been taken in collecting the prices. The ordinary trade-catalogues are very unsatisfactory in this latter respect: many of them give no prices at all, and ivhen the cost is stated it is always subject to discounts so uncertain and varying as to give absolutely no real information of value to the architect or the purchaser. The prices hereafter. Given will represent the retail cost of the articles in the Boston market, as nearly as we are able to ascertain it. These prices are, of course, somewhat fluctuating in their nature, but will, at least, serve as a means of comparison, even if not exact for all localities and seasons. Most of the prices were collected during the summer of 1888.