Furniture and Interior Decoration of the Italian Renaissance 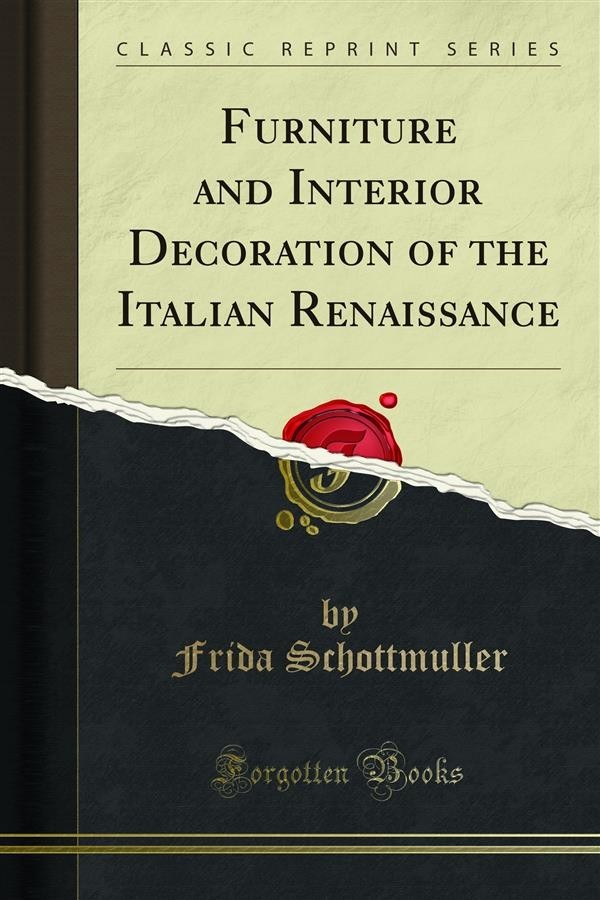 Furniture and Interior Decoration of the Italian Renaissance

During the Middle Ages the adornment of the Church was the chief object of the fine and applied arts. In the House of God Romanesque and Gothic art found manifold means of expression. Profane buildings only came in the second line; for this special purpose those forms developed in church ornamentation and church furniture were resorted to and even in royal palaces many things were wanting, which to day are an everyday necessity in the homes even of simple citizens. Only towards the end of this first great epoch of Christian Culture was a change noticeable, the precursor of a new great period, namely the Renaissance. This Jacob Burckhardt called the re-discovery of the world and mankind. Man had ceased to consider life here below as a preparation for eternity; he had discovered the beauty and greatness of the earthly world and strove for possession; spiritually through learning, materially through pleasure. It was no mere chance that the churches of the middle ages towered high above the surrounding dwelling-houses, while the churches of the Italian Re naissance are often lower than the palaces of the same period. The conception of life had changed; man, espe cially the Italian had become more conscious of his own dignity and importance, and this new vitality aroused quite other demands respecting the conduct of life, com fort and outward splendour in his own home playing no mean part in them.