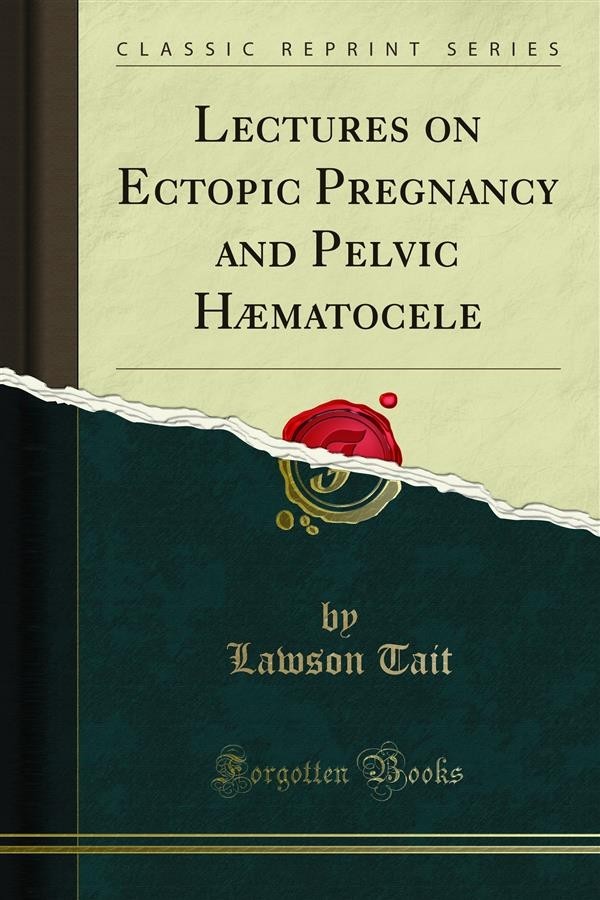 After much consideration I have adopted the phrase ectopic pregnancy, designed originally by Dr. Robert Barnes, as by far the best which can be applied to the curious and most interesting displacement which we have first to consider, for it gives a convenient and very complete definition without expressing any theoretical explanation of the condition. The cavity of the uterus is the proper place for any gestation, but a gestation may be Ectopic without being extra-uterine as in What has been called the interstitial or tubo-uterine variety. I believe we might call all ectopic gestations tubular pregnancies, but that would be hardly fair to those who still cling to the belief in the occurrence of the ovarian kind. Ectopic includes them all and therefore I adopt it. The literature of this subject is very extensive and the confusion which exists in it is almost as great, but there are two works which stand prominent for different reasons, and to these I propose to make some extended allusions, for I am greatly indebted to both of them for valuable information. The first is that of Dr. William Campbell, a teacher of midwifery in Edinburgh, who published in 1842 a work in which its industrious author has collected in all probability all the material up to his time, thus forming a mine from which many a quotation has been made by subsequent writers without any kind of acknowledgement. Campbell seems to have had no great critical acumen, however, and his material is confusing alike in its abundance and its utter want of arrangement. His notions of pathology were of the vaguest kind and his capacity for believing all that was told him must have been extensive. His work, however, stands as a landmark in the literature of the subject as the first real effort to place into its appropriate position of importance a subject which, up to that time, seems to have been regarded more as a curiosity than as one of the most dreadful calamities to which women can be subjected. He also exhaustively investigated the literary history of the subject, and his book is of great interest in showing how often discoveries have been made and how easily they are forgotten.