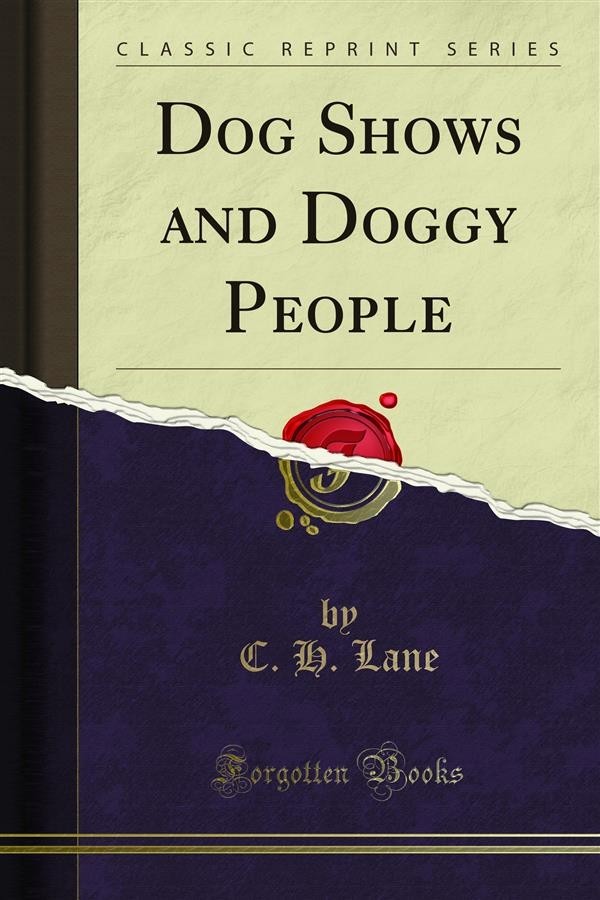 AS one who has always been a warm lover of dogs, taken a keen interest in dog shows ever since they were first started in this country, and been associated, in one way or another, with many of the most important shows held here, it has occurred to me that to men and women as the fanciers, breeders, and exhibitors amongst the fair sex are now very numerous and inﬂuential, and many of them quite up-to-date, even in the capacity of judges — with like tastes to my own, it may be useful and perhaps interesting as well to have a few particulars of the earlier shows, and, for the purpose of writing this book, I have therefore drawn on a long experience as an exhibitor, and perused many ancient catalogues and notes of bygone shows, collecting such details as I thought might be of interest about the Doggy People and dogs taking part in them, and giving slight sketches, accompanied in most cases with portraits, of some of the many friends and acquaintances I have met with during a long doggy career. So many names have presented themselves to me in this part of my subject, that I have had difficulty in making a selection without leaving out numbers who should be included, and, but for fear of making my book too large, I might have greatly extended the list; but I hope I have mentioned enough to serve as representatives of most classes of Doggy People. Whenever possible I have obtained reliable portraits of the people sketched, and of some of their dogs, which I think will have an additional attraction to those who do me the honour to read the book, the shortcomings of which are frankly acknowledged by the writer, who, however, has spared no pains to verify the facts and avoid exaggeration in the subjects dealt with. I may candidly say that a main inducement to write this book was the widespread popularity of my late book, which was, literally, All about Dogs, as I tried to comply with its title from first to last. In this connection I wish to gratefully recognise the very kind reception given to it by the Press, almost without exception.