History and Genealogy of Fenwick's Colony 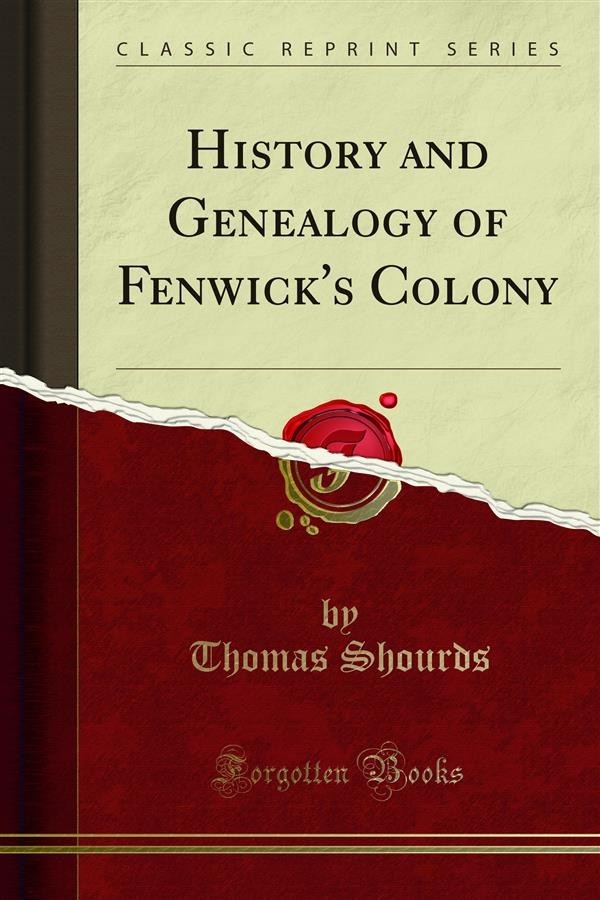 History and Genealogy of Fenwick's Colony

The earliest attempts at settlement by the Europeans on the shores of the Delaware may be traced to the second decade of the seventeenth century. In 1621 a charter was granted to the West India Company by the United Netherlands, whose pul pose was to transport colonists to these new Territo1 1es, and es tablish trade and commercial intercourse therewith. In 1623 Captain Cornelius Jacobson May, under the patronage of the before-named company, made a voyage to America, and sailed up the Delaware river as far as the mouth of Great Timber creek, a few miles below the present site of Philadelphia, and erected a trading post, which was called Fort Nassau. The Swedes and Finns soon followed, as in 1638 Queen Christiana gave her countenance to the sending of a Colony to the same river, and where a settlement was made. Passing over the g1a11t made by Challes I. King of England, to Edmund P103 don, 111 1634, of ce1tain te111t011es in Amei 1ca, and the attempts of the New Haven Colony, under Captain Nathaniel Turner, in 1640, to effect a settlement on the eastern shore of the river, the English emigrants holding the right of government, and title to the soil, under the conveyance made by the second Charles to the Duke of York, 1661, were the next to establish a Colony on the banks of the before-named river. The many political changes, arising from the wars and internal commo tions of the home government, added much to the attendant troubles of the colonists, but at no time were they entirely lost sight of, or their nationality obliterated. The language, the customs, and the religions of each were distinctly preserved for several generations, and even at this day have not entirely disappeared.