The Polish Peasant in Europe and America 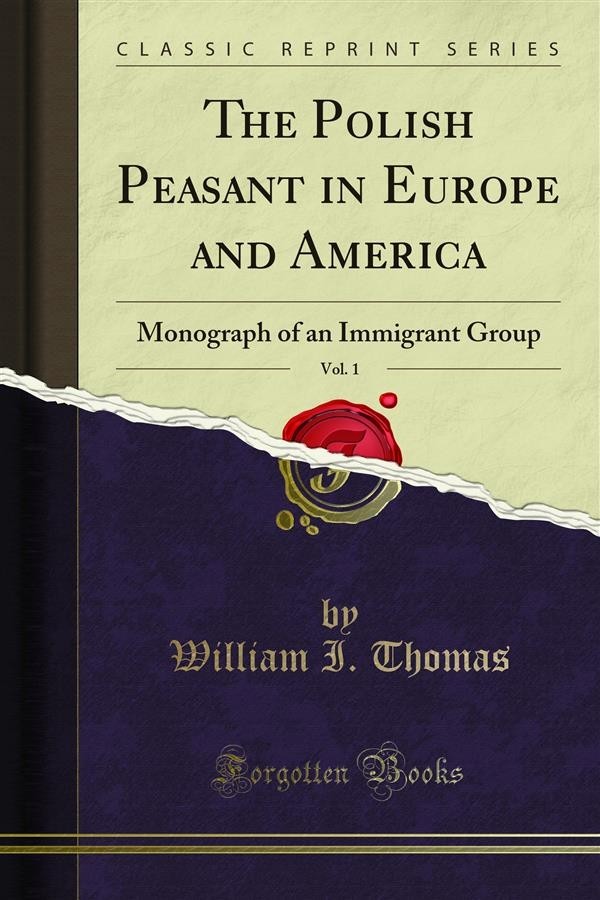 The Polish Peasant in Europe and America

Among the questions included in the as yet relatively unformulated field of social science (without reference to logical order) are: immigration; racial prejudice; cultural assimilation; the comparative mental and moral worth of races and nationalities; crime, alcoholism, vagabondage, and other forms of anti-social behavior; nationalism and internationalism; democracy and class-hierarchization; effi ciency and happiness, particularly as functions of the rela tion of the individual to the social framework containing Q's activities; the rate of individualization possi disorganization; the difference between unreﬂective social cohesion brought about by tradition, and reﬂective social cc-operation brought about by rational selection of common ends and means; the introduction of new and desirable attitudes and values without recourse to the way of revolu tion; and, more generally, the determination of the most general and particular laws of social reality, preliminary to the introduction of a social control'as satisfactory, or as increasingly satisfactory, as is our control of the material world, resulting from the study of the laws of physical reality. Now we are ourselves primarily interested in these prob lems, but we are convinced of the necessity of approaching these and other social problems by isolating given societies and studying them, first, in the totality of their objective complexity, and thwtively. The present study was not, in fact, undertaken exclusively or even primarily as an expression of interest in the Polish peasant (although our selection of this society was inﬂuenced by the question of immigration and by other considerations named below.