Under the Sun, Impressions of Indian Cities 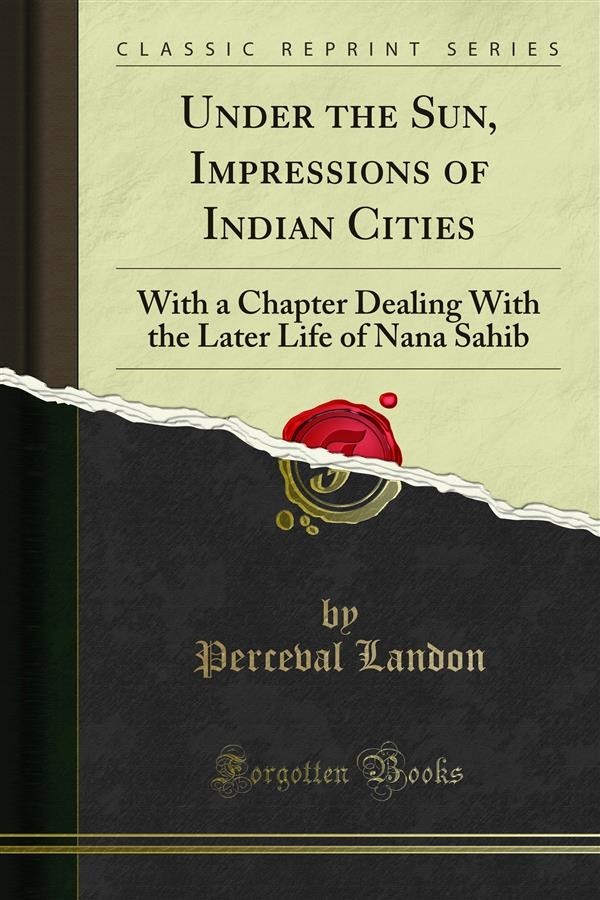 Under the Sun, Impressions of Indian Cities

Upon the title-page I have placed Sir John's comment, which to this day remains the beginning and the end of all Indian knowledge. These chapters have been written in the course of annual wanderings over India during the last five years, and their intention is to indicate — if the unhappy phrase must be used — the widely different local colour that distinguishes one Indian city from another. Under the Sun is not a record of the late tour of the Prince of Wales, nor is it in any sense a guide-book. But as a companion to that invaluable volume it may perhaps be of use to those who find a difficulty in making a picture out of the wealth of detailed Indian information which every traveller now possesses. There are also some tales. The chapter dealing with the hitherto unknown later days of Nana Sahib may seem somewhat out of keeping with the rest of the book. I am, however, confident that, on the contrary, these will prove to no few the most interest ing pages in the volume, and my excuse for inserting them here must be that their small compass — which I did not wish to expand by adding in any way to the bald historical facts that are here presented for the first time — made their separate publication somewhat difficult. I owe thanks to many both in India and at home, and especially Iwish to acknowledge the kindness of the proprietors of the Daily Telegraph, in whose columns I was enabled to sum up in a series of letters a part of what is here recast in a more permanent form.