An Authentic Account of the Massacre of Joseph Smith, the Mormon Prophet, and Hyrum Smith, His Brother 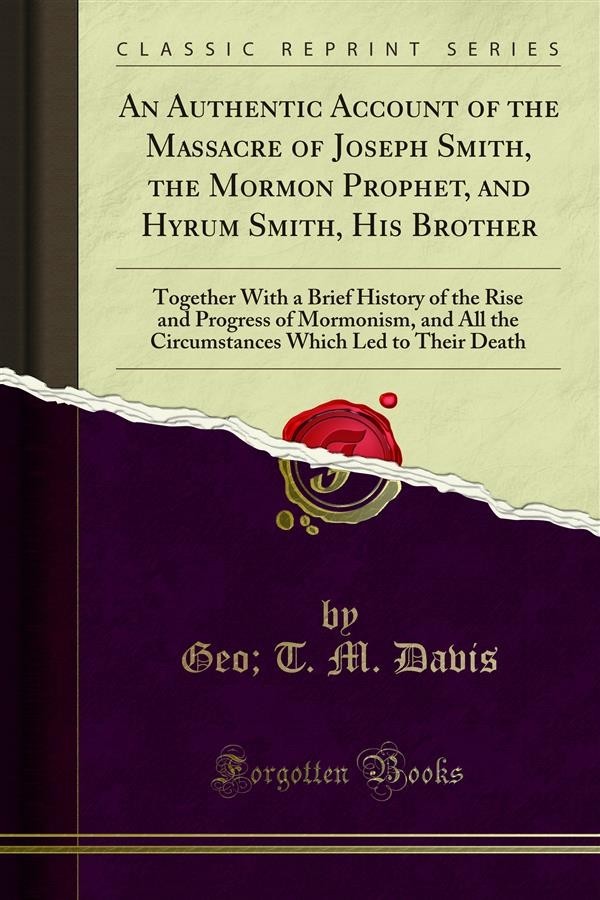 An Authentic Account of the Massacre of Joseph Smith, the Mormon Prophet, and Hyrum Smith, His Brother

Gov. Ford, in his address to the citizens of Illinois, after the death of the Smiths, does not intimate that he had any knowledge of the design of any person or persons to attack the Smiths; but_he states unequivocally, that he was satisfied of a design on the part of some of the troops, if an opportunity Offered, to 'attack Nauvoo. The following is the passage in the Governor's address, to which I allude On the morning of the day the deed was committed, we had proposed to march the army, under my command, into Nauvoo; I, however, discovered, on the evening before, that nothing but utter de struction of the city, would satisfy a portion of the troops and that if We marched into the city, pretexts would not be wanting for com mencing hostilities. The above extracts are given simply for the purpose of showing the state of feeling that existed in the community at large, at Car thage, and to maintain the position assumed by me, that if the vox populi was any criterion to judge by, an attack upon the Smiths Was an inevitable consequence. Less than this, I could not say, in redeeming the pledge made in the commencement of this publica tion, to give a full and fair exposition of all the facts attending the death of the two Imposters.